The vlog this week featured a tour of Fairfield Manor, the historic apartment building  I call home: 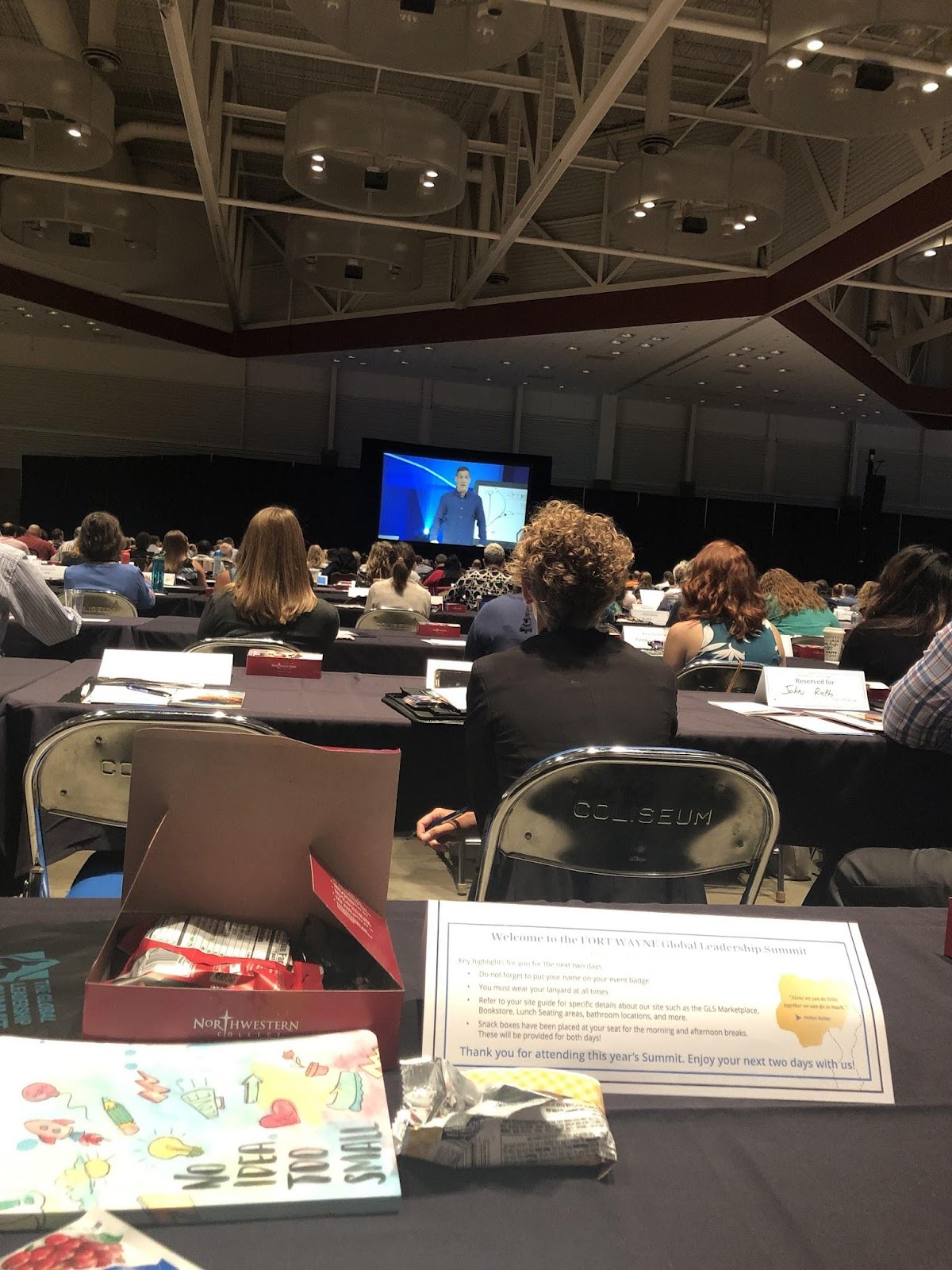 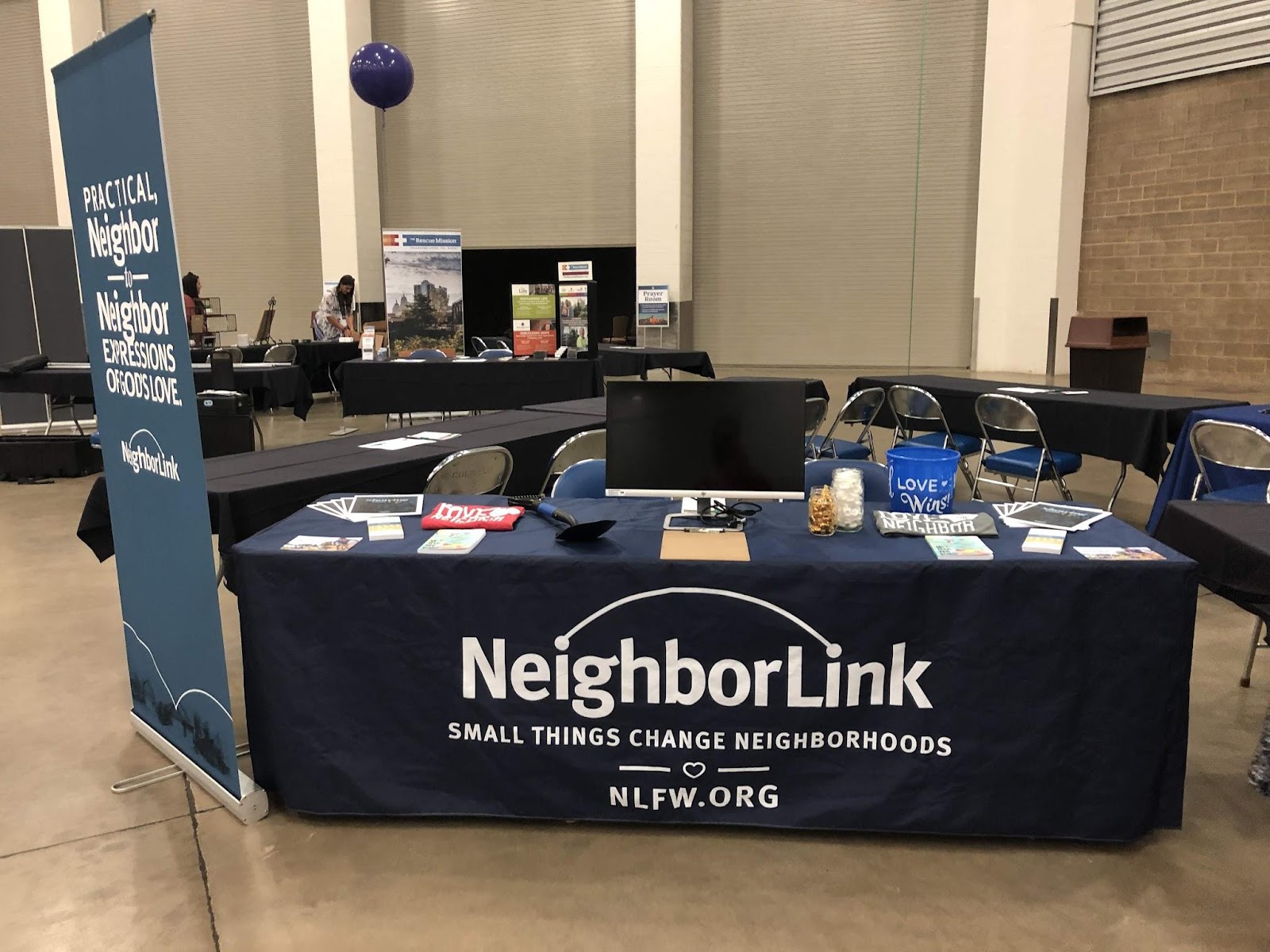 This week actually marks the 7th week of the blog, so I felt I should use this one to bring up seven key takeaways from the recent Global Leadership Summit I was able to attend (due to the generosity of Ambassador Enterprises). The Global Leadership Summit had 16 amazing speakers, but here are the seven I want to highlight (to see the full list and to learn more about each speaker, visit http://www.fortwayneleaders.com/):

1. There is no other leadership than servant leadership

The conference’s theme this year was “everyone has influence,” but Lencioni, gave a caveat that not all people are ready to use their influence in good and useful ways to make positive change. Lencioni made the point that all leaders or influencers must sacrifice for and serve their team. He even asked people to question their motives for seeking positions of power, and if it was for selfish reasons, he exhorted people to remove themselves from leadership.

2. You are average, and that’s not an excuse not to do things

Bohannon shared her experiences struggling with imposter syndrome and feeling that she was not adequate for what she felt compelled to do. To help empower people listening to her message, she took several Pinterest-y inspirational quotes and dismantled them. “You are special!” no, we aren’t, statistically, we are mostly average people, but that doesn’t mean we are incapable of accomplishing goals and dreams. That brings her second point, don’t “dream big!” Instead, dream small, since all of our big dreams have to start small and tangibly.

3. Questions for all leaders to ask:

Who were you before people told you who you should be?

If your body could talk, what would it say?

Who are your people ( i.e. your support group and friends)?

Saxton explained each of these questions with poignant stories, but the overarching theme was to truly know oneself and one’s own desires, needs, and community. Life can be confusing and distracting, and as odd as it sounds, each person must take time to intentionally get to know themselves, because true success is impossible if it is not what the person really felt called to do, if it is at the cost of their health or if they have no one to share it with.

Dr. Kandiah used his experiences with the U.K. foster care system to challenge people to recategorize ‘problems’ as ‘potential’ and ‘obstacles’ as ‘opportunities.’ He gave several stirring examples of how when people are included and cared for, they can respond with incredible loyalty and bravery, such as a chain of stores in the U.K. that will hire former inmates to help make a difference in those from disadvantaged communities, heroic actions in tragedy, and his own experiences fostering “troubled” children.

5. Culture starts and stops with you

Saint John shared there is no magic fix to create healthy  organizational culture and it starts with each individual. A healthy culture is one where everyone is moving in the same direction, according to Saint John. She also encouraged everyone to be vulnerable, so as to build real connections in the organization. She also made a key distinction that for a healthy organizational culture, the organization must strive for inclusion rather than simply diversity. She explained diversity as inviting everyone to the party, but inclusion as asking people different from you to dance. Inclusion is the key for increasing collaboration and connection in any group, which ultimately will make the organization more innovative and vibrant.

6. The key to any negotiation is connection

Voss, a former FBI Hostage Negotiator, explained that every person is in 5-6 negotiations per day and that anytime a person says “I need” or “ I want” then a negotiation is taking place. “Tactical empathy,” or fully understanding the other person’s needs, is crucial in these exchanges to move negotiation into collaboration. He also encouraged people to avoid asking “why” questions, since why questions can trigger people emotionally and shut people down. Instead, he said the main focus should be on “what” and “how” questions, always remembering that negotiation is all about creating a better future for both parties.

7. Your destiny won’t require you to compromise your values

Franklin relayed one of his first experiences as a Christian working in Hollywood: he was interviewing for a great job, but had been convicted to not work on Sundays and despite his fear of losing the opportunity, he decided to be honest in the interview, and to his surprise, he still got the job! Franklin said that experience helped him to realize that by remaining faithful to his convictions, he would find the right opportunities to lead him to his destiny. By embracing his differences, he would be in the position to live the life he was created to live, but the road there would not be without discipline and discomfort.

These speakers gave me tremendous food for thought, and I’m still continuing to reflect and unpack all the information they shared. It was such a blessing to spend two days just sharing the message of Neighborlink and learning how to better serve others.

I hope you all take time to invest in yourselves, both professionally and personally, because unlike investing in the stock market, the return on these investments are wholly up to you.