Promenade Park is open! And if you have no idea what I am talking about, then you have some exploring to do!

In this week’s vlog, you can see a brief tour of the highlights of the new park, located on Superior St. and Harrison St.

So, what’s great about another park anyway? Why should you care?

But most importantly, parks show us our social priorities.

Our society believes that all people deserve to have access to natural wonders and green spaces, especially in urban settings. As a historic proponent of parks, Theodore Roosevelt once exclaimed,

While at first glance this quote just outlines the reason parks ought to protect the environment,  upon closer reflection, Roosevelt is making a call to action: a call for people to have a sense of responsibility for one another and the general welfare, while also creating a better, more beautiful future. 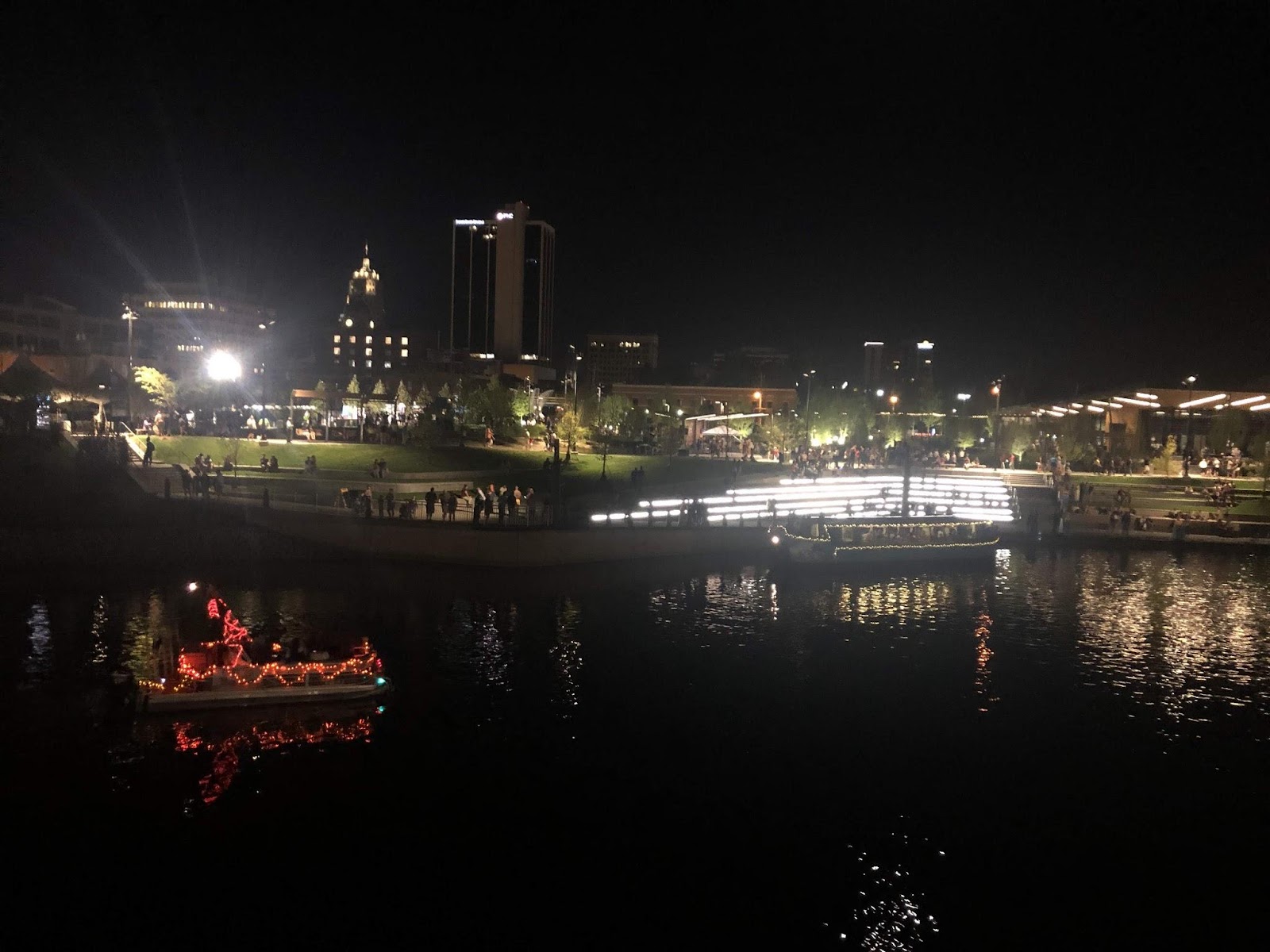 Promenade Park the Saturday of its opening weekend, it was amazing to see the city so lit up at night!

After all, parks aren’t a short term investment. Parks are a vote of confidence in the community for generations.

Currently, Fort Wayne has 87 parks, but they only encompass 3% of the total Fort Wayne landmass, according to the Trust for Public Land, which also found that 48% of Fort Wayne residents live within a 10 minute walk of a park(https://www.tpl.org/about/overview).

Research has shown that by living near a park, or having a built environment that enables activity and interaction, people are shown to be healthier (https://www.bluezones.com/live-longer-better/life-radius/). The built environment, just means the physical elements of our community where we spend our time, such as having safe homes, streets and open spaces, the presence or absence of sidewalks, etc.  This has been shown to impact activity levels since areas without safe walking paths or bike lanes are less likely to encourage active lifestyles. So building a new park, helps encourage more people to have healthy lifestyles. 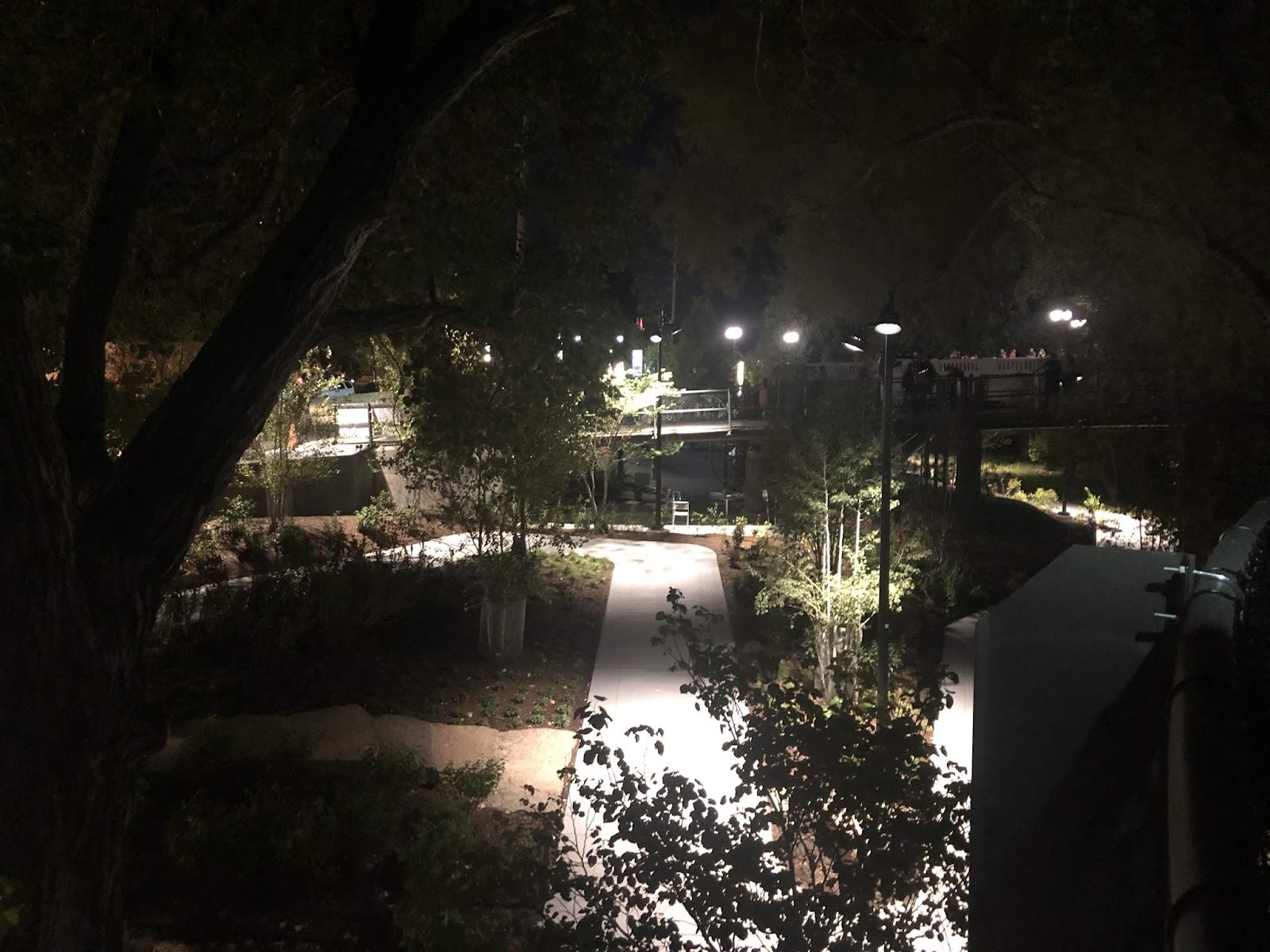 Promenade Park the Saturday of its opening weekend, the  view from Parkview Tree Canopy Trail; it's even prettier in sunlight.

Beyond activity levels, just seeing green space has been shown to increase positive feelings toward a neighborhood, which in turn can increase social interaction, according to research from the University of Washington (https://depts.washington.edu/hhwb/Thm_Community.html). In particular, it has been found that if people live near trees, they are more likely to spend time outdoors, which leads to more neighbors meeting each other and higher trust between neighbors(https://depts.washington.edu/hhwb/Thm_Community.html). 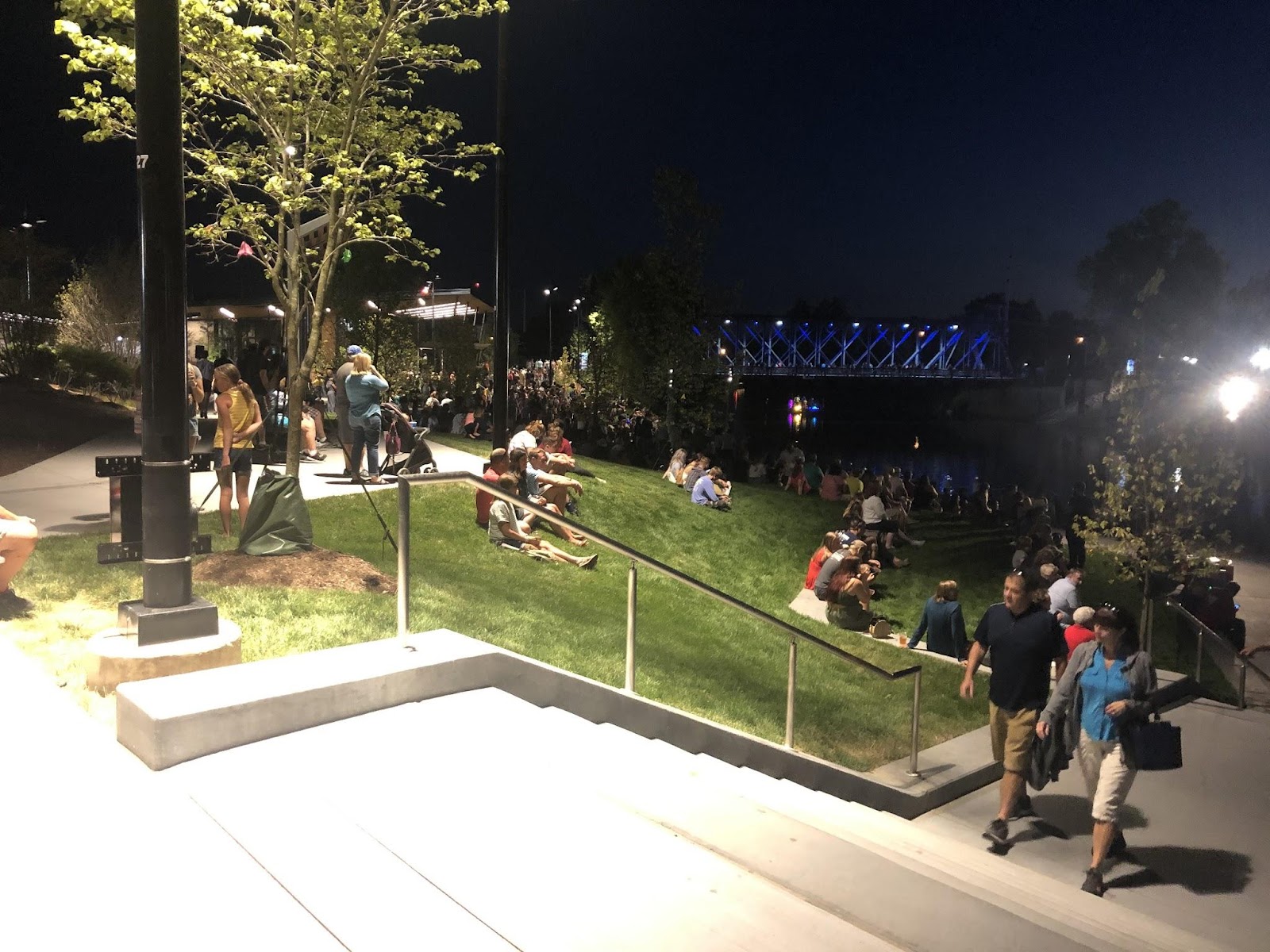 Promenade Park the Saturday of its opening weekend, with crowds of people enjoying the space.

So get out there! Come see Promenade Park, and make it a mission to check out your nearest park and maybe meet a few neighbors!