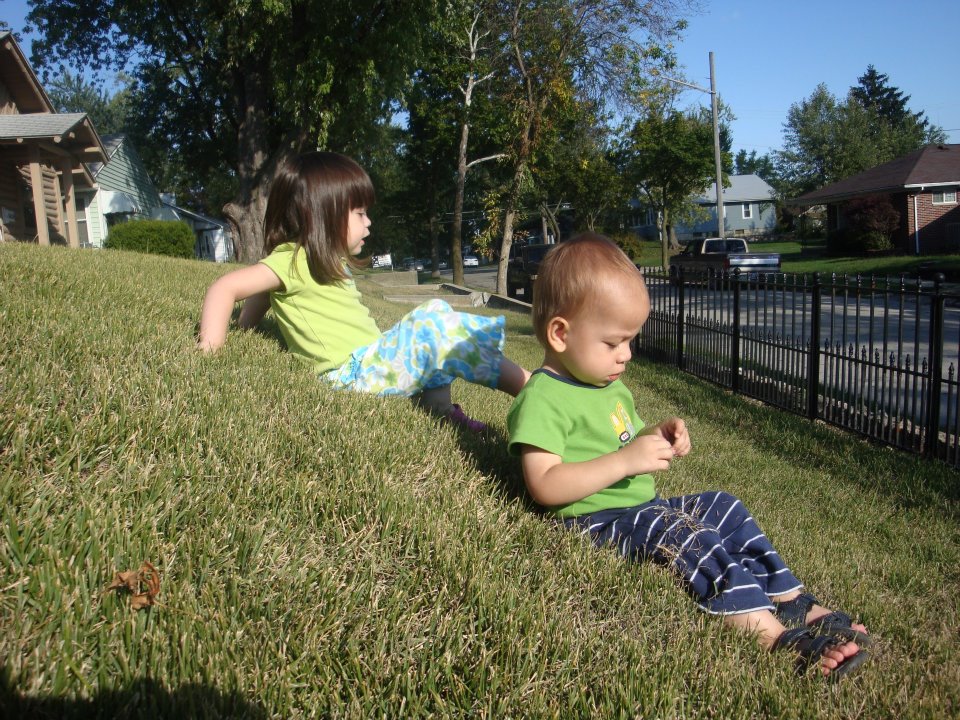 Recently, my wife and I got some very bad news. Our landlords had finally decided to retire and sell the house we???d been living in for the past 8 1/2 years. It was heartbreaking. I mean, there we were, cruising along without a care in the world, when - BAM! - our housing situation was laid bare and destroyed. Our stability, in terms of shelter, was suddenly a huge, imposing question mark. 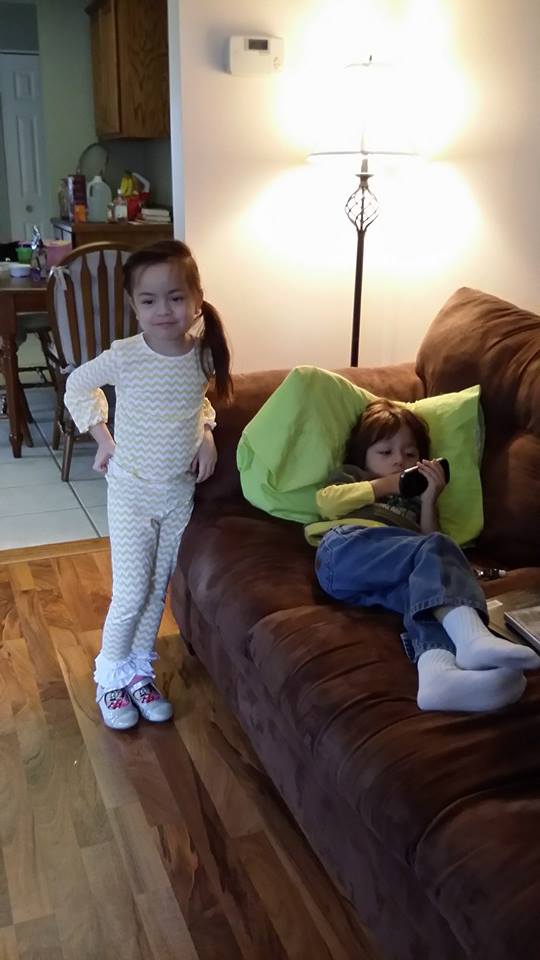 How does one process such a thing? For myself, you???d probably call it denial. ???No,??? I told myself, ???this isn???t really happening. They???ll change their minds. After all, we???ve been here for years and the house is practically ours at this point, right? Okay, so maybe that???s not really true, but how could someone just pull the rug out from under our feet like that? Don???t they understand that we???ve built our lives within these walls? That so much of our identity is wrapped up inside of these rooms???? I probably crossed my arms and nodded my head a time or two. ???Anyway, I???m sure it???s all a misunderstanding. They???ll either change their minds or forget they even brought it up.??? With a confident smile, I moved on with life, convinced that everything would be okay and stay the same.

Once the fantasy had worn off, I began to truly look around the house that had been our home for nearly nine years. Countless memories filled each room: the time my son fell of a wagon and cut his forehead open in the living room (he still has the scar eight years later); the time my wife found a bat (yes, the fanged, flying sort) in the basement and grabbed it with her bare hands before releasing it to the wild; the time our daughter locked herself in our bedroom as a toddler, still unable to open doors or follow instructions; and then there was the time I woke up in the middle of the kitchen floor, having passed out after cutting the tip of my thumb off???

Okay, so not all 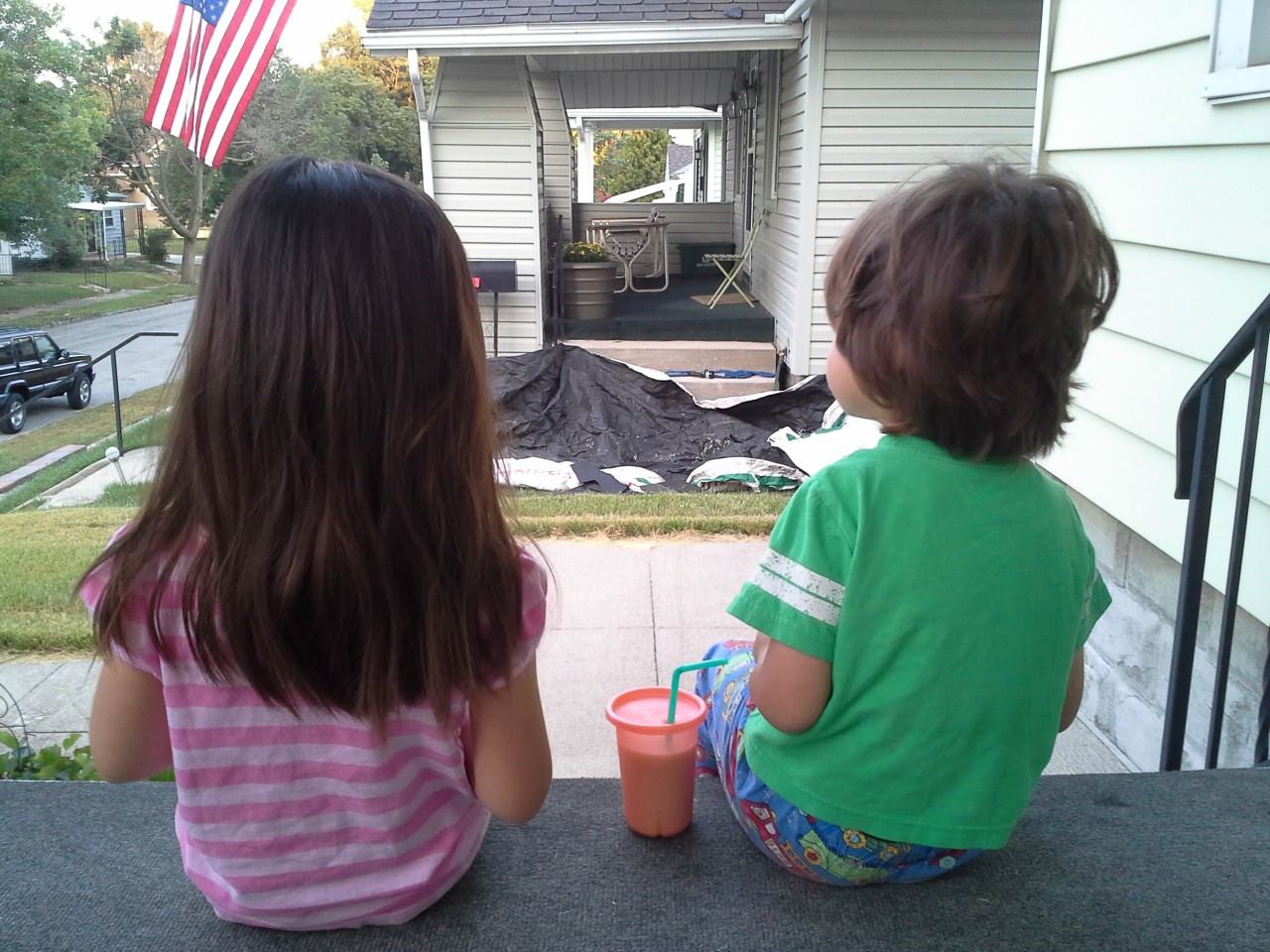 of the memories were THAT bad??? but even still, as I looked around, I realized that my kids had lived almost all of their lives as residents of the cute little house on a hill in the ???08. They knew where each item, no matter how big or small, could be found. They knew the best hiding spots (in the basement or under a pile of stuffed animals). They knew the exact coordinates in the living room where the floor creaked when stepped upon. We even had one of those annual-height-marker-spaces in a doorway, and let me tell you what- there???s a lot of growth between the ages of two and eleven!

Last week I came home from work, walked through each room, and took a good hard look at all of our things. In other words, I glared and sighed repeatedly for about an hour. Where does one even begin? Being minimalists, it wasn???t that we had too much stuff. Instead, it was the fear of taking the first step and what that commitment truly meant. Do we save the books we haven???t read in years or donate them? Which of the kids??? paintings do we keep and which do we toss? Is it time to cut ties with the mattress? And wow, I???ve been looking for that handmade teapot for two years and didn???t realize it was THERE.

In time, I silenced the noise within my head and committed to action. It was more difficult than I had imagined. Removing the first picture from a wall is a soul-numbing experience. By the time the tenth has been removed, you???re not just sad but disgusted with how must dust has accumulated over the past eight years. Red eyes come standard either way. 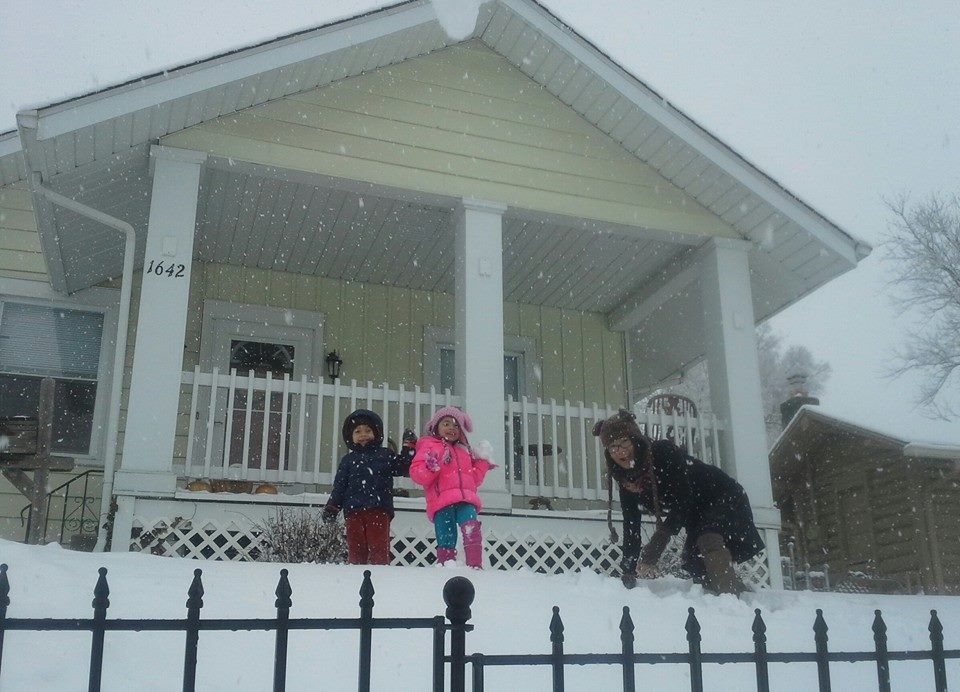 With each successive room, the process became a little bit easier. Before long, I was in the zone, grabbing and packing, grabbing and packing, my mind empty of everything but the task at hand. By the end of the first night, much progress had been made. But morning brought sunlight, and pure light exposes emptiness. That morning, the house looked more like a shell than I was comfortable with. Not soulless, but getting there.

Occasionally, I???d look over at my kids to gauge their reactions. This was, after all, their childhood home so I expected sadness and trauma to be the theme. Each time I???d glance their way, I saw none of that. Instead, I found excitement. Adventure. No trace of sorrow.

I headed to work that morning and thought about my neighbors. We knew each other by name and always took time to greet and care for each other. Our neighbors across the street would bring us baked items every summer and fall. Our next door neighbor, John, would secretly bring gifts and money to our kids each Christmas. Last Christmas was the first he???d spent alone. His wife, Joyce, passed away last summer. My wife and I cried upon hearing the news, for she was more than just a woman living next door. She was our neighbor. 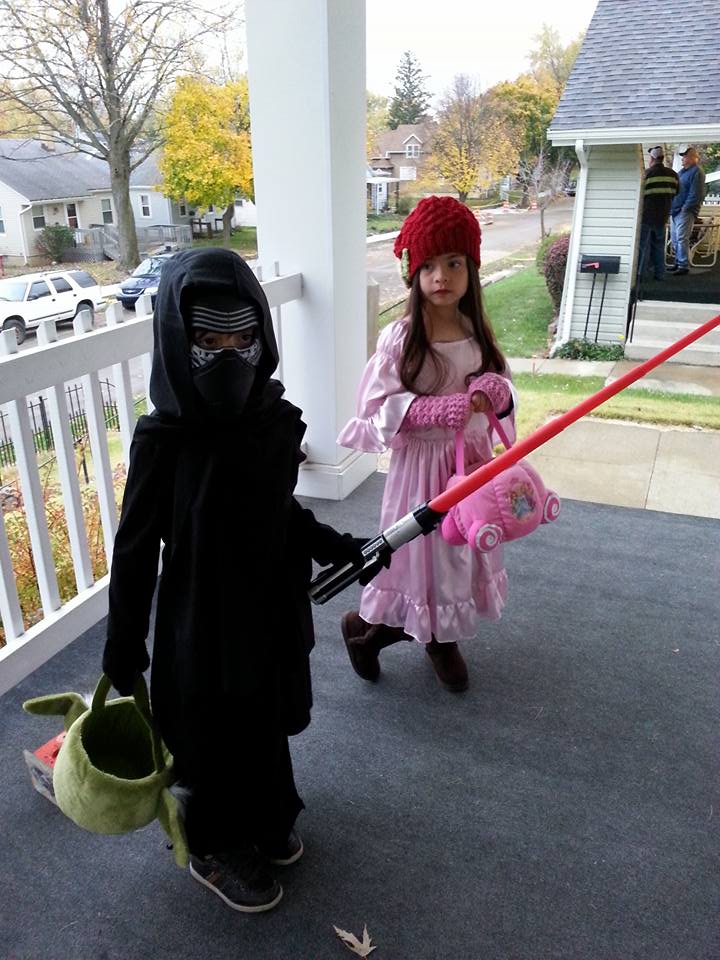 I got to work and looked through some old videos from the NeighborLink archives. The first one I watched was this. I was so captivated by the messaging that my whole outlook on packing and moving began to radically shift within the first few seconds. How could the narrator from a three-year old video speak so directly to my immediate need? The most powerful line happened roughly thirty seconds in:

Talk about a gut-check. While I was busy feeling sorry for myself and grieving our loss, I had failed to understand how very similar to houses we all really are. True value isn???t found in the stuff that can be packed, broken, bought, or sold for mere dollars. Rather, it???s in the memories that we carry, store, and cherish within the rooms of our hearts and minds. And besides, as a minimalist, haven???t I always told myself that joy cannot be found in the stuff that fits on shelves or even in the house itself? 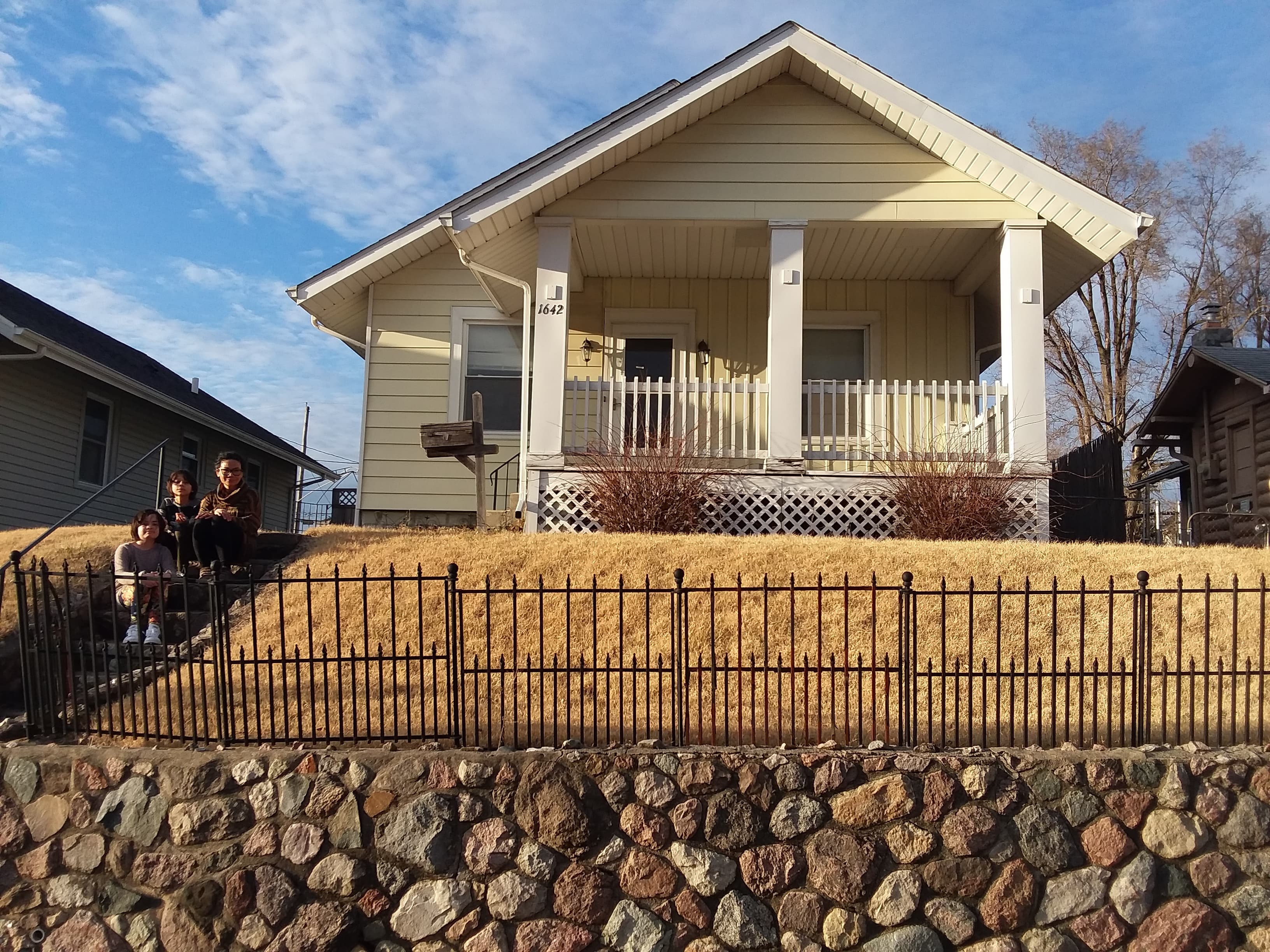 Even still, saying goodbye was hard. Last night around 6:30, we gathered together as a family to thank God (and even the house) for the 8 1/2 years of memories. We cried. I closed the door for the last time. Then we went to Starbucks. And we committed to become good neighbors in our new house up the road in the '07.

I myself am a house. A walking house. My mind is full of memories, with many more to come. My heart is full of treasure that will never rust or rot. And one of the greatest parts about that kind of house? It is a house that we will never have to leave or pack up again.