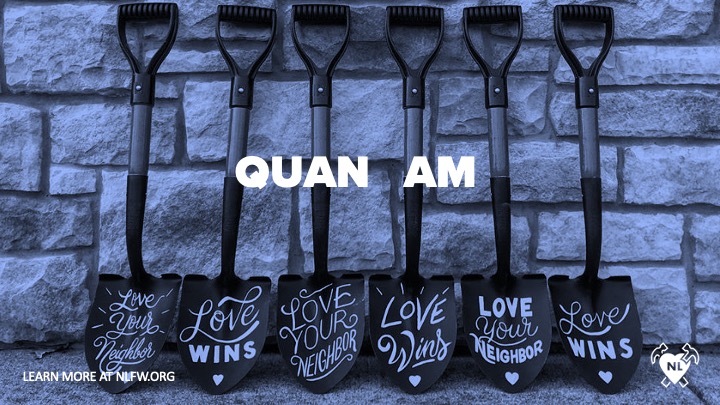 In case you haven???t noticed, 1) I love to read, 2) I love history, and 3) I???m fascinated by other cultures. Woven throughout the fabric of this threefold passion is also a love for unique cultural/historical words. When I find one, I commit to learning it and working it into my own philosophy of life (e.g. how I view God, the world, humanity, and my place within it all). Doing so makes it easier to enact positive change within my own life, instead of simply hoping for eventual change. 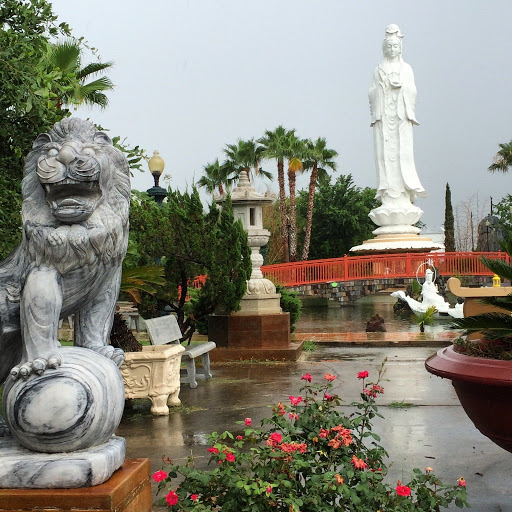 One of the recent words I stumbled across is ???Quan Am.??? Quan Am is an ancient Vietnamese word that traces its roots back to a popular folktale found in many Eastern cultures. In fact, its fame is so great that there???s even a seventy-five foot statue of the word???s namesake in Houston, Texas, where a large community of Vietnamese immigrants live.

In a nutshell, Quan Am Thi Kinh was a young Vietnamese woman who was falsely accused by her in-laws of attempting to murder her husband. Knowing she had done no wrong, Quan Am refused to beg for forgiveness. Instead, she suffered the disgrace of divorce by quietly leaving town on her own accord. After a few days of wandering in solitude, she happened upon a temple. As a young girl, Quan Am???s dream had been to study, serve, and worship in a temple. The only problem? Women were forbidden from doing so. That day, while listening to the temple???s abbot teach from afar, Quan Am realized she had nothing left to lose. The outcast quietly concealed her identity and enrolled as a (male) monk.

About a year after arriving, Quan Am became the object of a female villager???s infatuation. A few months later, the same villager falsely accused Quan Am of being the father of the child she was carrying. Although Quan Am emphatically denied the accusation, she refused to humiliate her accuser any further. Making matters worse, Quan Am???s accuser soon abandoned the newborn baby on the monastery footsteps once she had given birth. 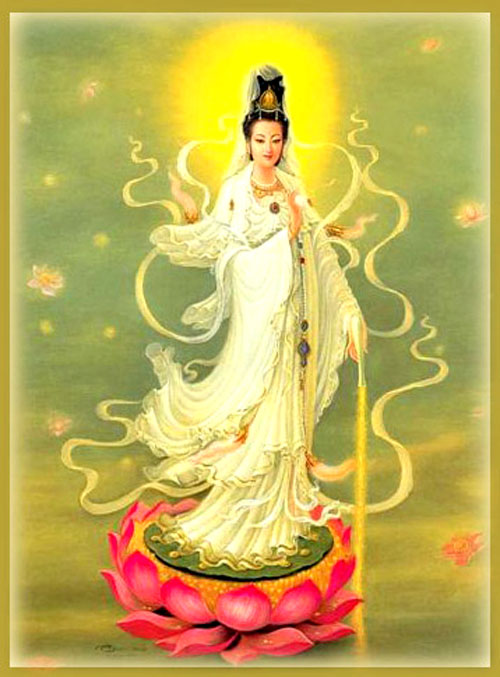 Adding to the confusion of the entire monastery, Quan Am - in an act of compassion and empathy - decided to raise the abandoned boy as her own. What followed was an outcry for reason and clarity. Why would Quan Am willingly take on such a heavy burden, especially after strenuously denying her guilt in the matter? ???The merit of building an elaborate temple nine stories high,??? she argued, ???cannot compare to that of saving the life of one person.??? Eventually her fellow monks backed down, but not before casting a shadow of suspicion over Quan Am that would never dissipate.

Eight years later, Quan Am passed away. It didn???t take long for the temple and nearby villagers to learn her shocking secret: Quan Am was, in fact, a woman and not a man. Everyone was amazed at her selfless love- a love that bravely withstood false accusations, gossip, finger-pointing, a brutal beating in the street, loneliness, and years of misunderstanding. Because of Quan Am???s radical love for the helpless child and the humility she endured while under pressure to save her own skin, her dying wish was granted by the temple???s abbot: that an all-female monastery would be built in Vietnam so that all women could worship and serve without prejudice.

Today, if you were to hear the word Quan Am in a sentence, do you know what it would mean? ???To observe or listen deeply to the cries of the world.??? Or, as peace activist, monk, and author Thich Nhat Hanh has said, Quan Am is ???the capacity to listen to the suffering of people, to understand, and to find those people in pain and help them.???

Wow. Pause for a moment, reread the definition, and let it soak in. Beautiful, is it not? 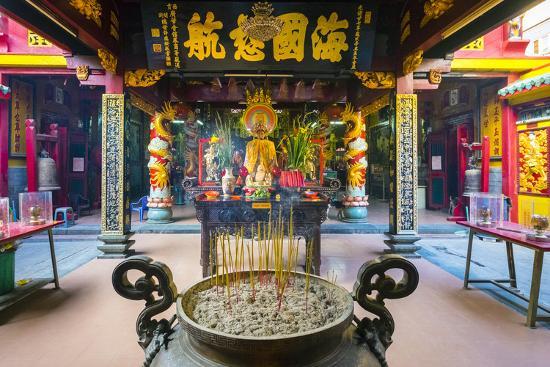 Perhaps you can understand why Quan Am is a word worth adding to your own philosophy of life. Can you picture what your community would look like if more people listened to and understood the suffering of their neighbors and acted on it? Or if you and I made it our mission to find people in need and lend them a hand regardless of how others viewed us?

Can you imagine a city - even a street, church, or organization - with a purpose like that? I???ll tell you what you would find:

A city of walking hospitals. A place where the lonely, afraid, damaged, abused, neglected, and alone are welcomed with selfless love. A land where gossip has no power, loneliness has no weight, false accusations have no merit. It???s a street where neighbors love each neighbor. A church where orphans are cared for, widows are looked after, and foreigners are accepted.

A nation whose name means compassion.

Does your city, church, or street love like that? Do you wish it would?

We have the capacity and the means to make it happen. Are you willing to say yes?

???He defends the cause of the orphan and the widow, and loves the foreigner residing among you, giving them food and clothing.???