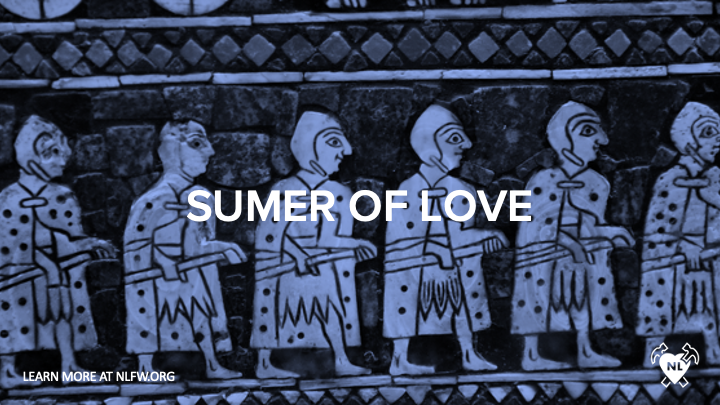 Much of my research over the last week has transported me to the fertile plain lodged between the Tigris and Euphrates Rivers. In school we used to call that region Mesopotamia. Historians typically refer to it as Sumer. Archaeologists tell you it’s “the cradle of civilization” or “fertile crescent." Today we simply know it as Iraq.

You wouldn’t know it by the looks of things today, but in 3500 B.C. the land was incredibly lush and unspoiled by human intervention. There was no desert back then, but freely growing grain as far as the eye could see. It was a veritable paradise, and so a weary band of tightly-knit family, friends, and neighbors ceased their years of weary walking, settled down, and made the region their permanent home. It was the first of many decisions these nomadic neighbors would make that would change the course of history forever. It was the day that civilization began.

Creating a civilization is no easy task. Imagine for a moment the world stretched out before you, devoid of all manmade substance. Emptiness. Barrenness. Nothing but the land to work and grow. Intimidating, right?

But they were not alone. They had each other. 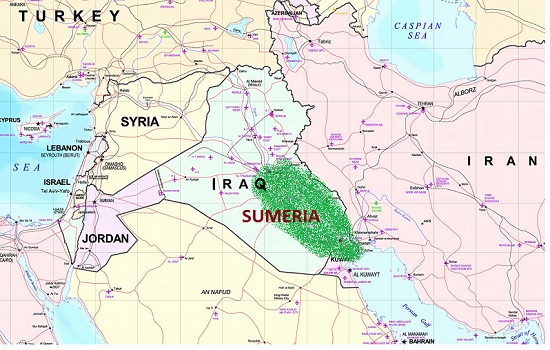 And so the Sumerians quickly got to work. Being farmers and harvesters for as long as any man or woman could remember, they decided on a spot beside the fertile Euphrates River. Their choice seemed perfect. Working as one, they began by building huts of reed and straw. They had plenty materials and collected everything from the banks of the southeasterly-flowing river which emptied itself at the Persian Gulf. In those days, there was no competition to prove who could build faster, better, or bigger. The only thing that mattered was survival at any cost. And so when one hut was finished, the neighborly thing to do was to plug oneself in and help where help was needed most.

A few months later, the rains began to fall. It was a shame, because life had just begun to take on a peaceful sense of normalcy. It didn’t take long for the fruits of their labor to literally vanish. One day, they all woke up to find each and every house had been destroyed. The greatest invention of man - the first permanent homes - had all been washed away by the mighty current of the flooded Euphrates River.

But they had each other. And so they started again.

Returning to the overflowing banks to gather more reed and straw, they vowed to do it better the second time around. This time, they made their houses bigger and sturdier. Little did they know the rainy season had only just begun. Their houses began to leak. The ground turned to mud. The weaker houses collapsed, so neighbors ran through the rain to pile into crammed houses with others neighbors. Everyone hoped that the sun would shine again tomorrow.

And yet it didn’t.

But in the midst of all of the turmoil, an unusual act of science was about to take place. When one of the neighbors, perhaps chosen randomly, went to grab a pile of grain from the leaky storehouse, he noticed something odd. The grain and liquid around it were bubbling. Curious and shockingly brave enough stick his finger in it, the Sumerian tasted it ever-so-cautiously. He was the first person in human history to taste a droplet of fermenting beer. It was an accident - and in the middle of a furious storm to boot - but the drenched neighbor was pleased. Even still, he had no idea that a brand new trade and career path had just opened up to him: the very first brewer/bartender. 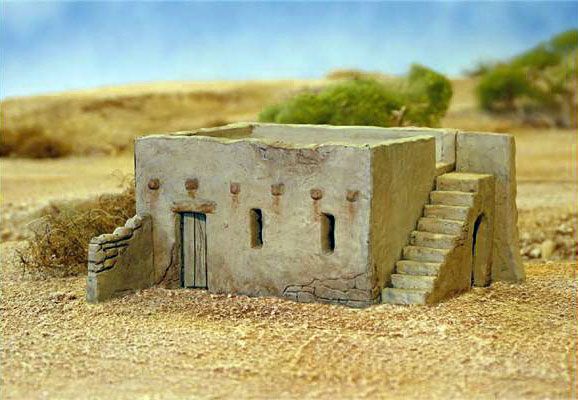 It didn’t take long for the rain and floods to finally recede. In the process, the entire neighborhood had once again been reduced to nothingness. Perhaps it was on a trip to the riverside to gather reed and straw for new houses that an inebriated Sumerian slipped in the mud. Failing to clean himself thoroughly enough, the muddy grime would cake his skin as the afternoon sun beat heavily upon him. Suddenly, an idea flashed before his eyes: “Instead of making houses with flimsy reed and straw, why don’t we try to make them out of river mud?” Being the village drunk, he was probably laughed at for a couple of weeks or so until his own house began looking mighty fine. Thus, another genius idea was born: houses covered in clay. Before the next rainy season had yet to begin, the first civilization began to grow, flourish, and strengthen.

Within 400 years, the world’s first cities along the Tigris River were bustling with sturdy clay houses, lively neighborhoods, overflowing taverns, noisy marketplaces, and crammed city squares where neighbors came to gather as a community for the peaceful exchange of new ideas. By 3100 B.C., the same people who had created all of those other firsts were the same people who invented the written language and the world’s first book, The Epic of Gilgamesh. 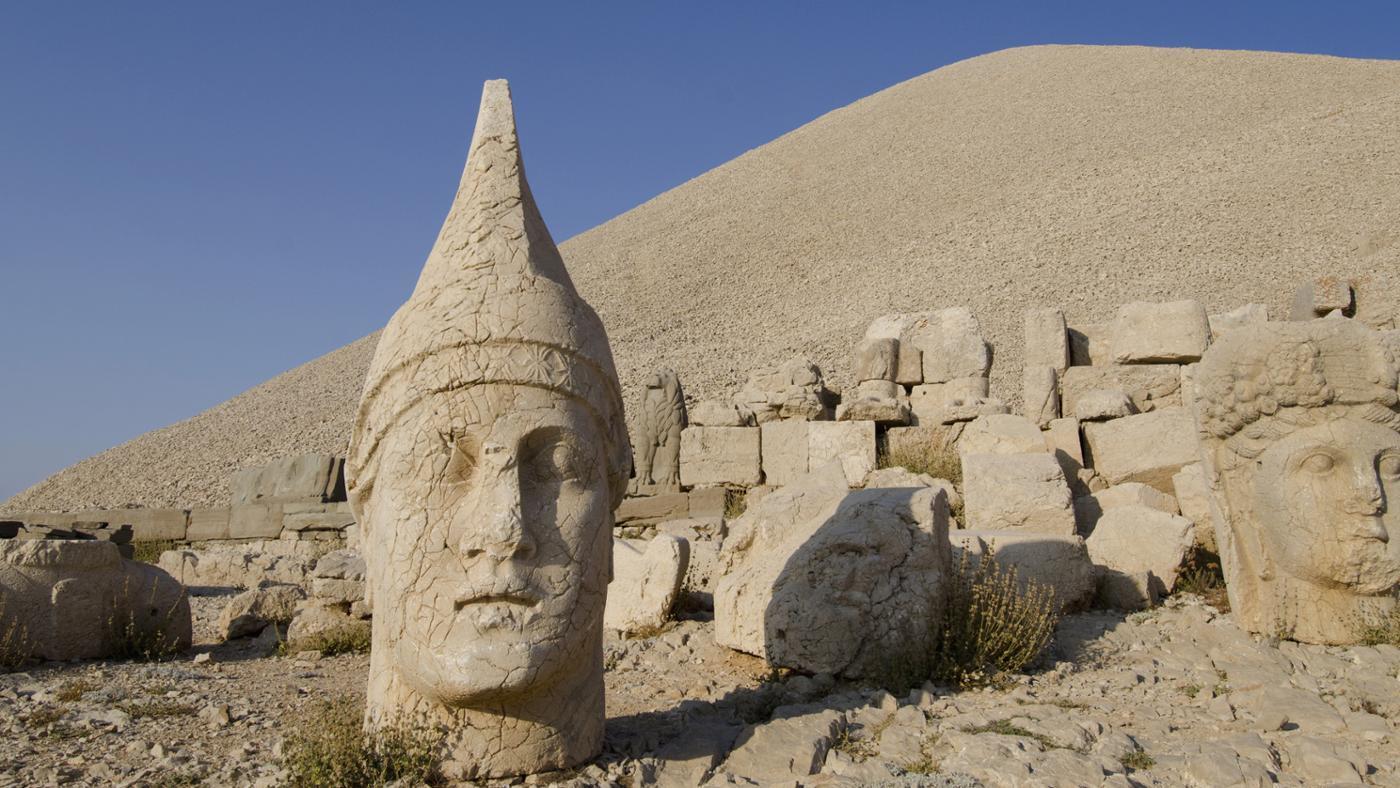 How did they do it? How could a ragtag bunch of nomadic wanderers advance the world ahead in such incredible leaps and bounds within the span of mere generations?

They did it by working together. By understanding the value each of them brought to the table. By protecting each other’s best interests and leaving no man, woman, or child behind. By trying, failing, and trying again. By establishing community.

They did all of that by simply being neighbors.