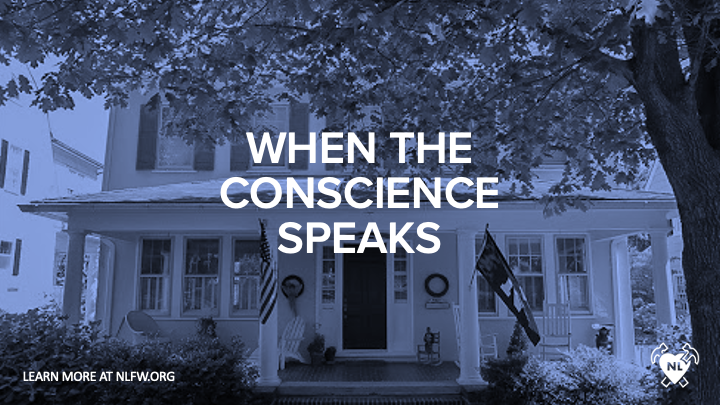 “I want you to be concerned about your next door neighbor.

Do you know your next door neighbor?”

Lately, I’ve been feeling this quote from the late Mother Teresa. Isn’t it odd how a random quote from decades past can provoke such unsettling movement within the human soul?

Quietly, I sat in my car. It was the middle of the afternoon and traffic was standard for a Friday afternoon. Cautiously, I glanced over my shoulder, waiting for the steady stream of drivers to give me the opening I needed. While doing so, I noticed someone in the corner of my eye. Directly across the street, in the cool shade of an overhanging tree, was my neighbor. She was sitting on her porch. She was also the very first person to verbally welcome me to the neighborhood back in March. Although we had exchanged across-the-street waves of the hand and brief, but shouted, pleasantries a few times, we had yet to actually “meet.”

I felt guilty about that.

I had no time to wave as I hit the gas. Instead, I made an agreement with my conscience: “If she’s still outside when you come back,” my inner self demanded, “walk across the street and introduce yourself.”

“But-“ I began, before my gently-nagging conscience cut me off.

I closed my mouth, kind of annoyed at the temerity of my inner self. Driving downtown, I tried hard to convince my conscience and myself that I wasn’t an uncaring neighbor. After all, we just came out of a three-month period of quarantine, self-isolation, and social distance. I had an excuse to keep my distance, right?

I could almost feel my conscience glaring at me, its judgement voiceless but powerful in the stillness of the car. And so I did what any normal person would have done in a similar situation:

I turned the radio volume up.

Errands done, I turned for home. The internal conundrum persisted once my conscience cleared its throat, reintroducing the topic I was trying hard to ignore. “So…you’re gonna go introduce yourself if she’s sitting outside, right?”

I may have been alone, but I think I nodded in reply. Simultaneously, I wondered if my conscience was secluded to my heart or did it also know about the dialogue in my head? It was an important question, because my brain was just then reading a treatise on how awkward it would be to park my car, wait on the curb with hands on my hips for a break in the traffic (she would definitely be wondering why I was just standing there instead of going inside), cross the street, walk to her porch, and casually introduce myself. My brain had a good point: the process required of my conscience involved a terrifying chain of events that any introvert would sympathize with.

“Hello? Still there?” I could actually feel my conscience tapping its foot as both arms slowly crossed across its chest. Time was running out. It wanted an answer. However, I refused to continue with such an absurd inner dialogue, especially since I had just run out of time. Anxiety peaked as the last stop sign and final right turn arrived. My journey was almost complete.

Have you ever told yourself not to think about something? Like when you’re driving across massive bridge and tell yourself, “Don’t think about falling;” or when it’s 10:00PM, you’re hungry, and you tell yourself, “Don’t think about ice cream.” Everyone knows this kind of dialogue never, ever works. Doing so only makes you think about it all the more. This was the state I was in as I made that last right turn. As her porch at last came into view, I told myself not to wish she wasn’t there. That would be so wrong, right?

Nervously, I came within view of her house. It all came down to this, whether or not I would go introduce myself. Was she there?

I brought the car to a stop. Took the keys out. Stood on the curb, not quite sure how I felt. Sadly, I kind of breathed a partial sigh of relief before hiding it from the conscience that had every right to condemn my lack of neighborly love.

Early the next morning, I went outside to mow the lawn. It was a beautiful morning. Silent and peaceful. I have one of those manual push-mowers, so the fear of waking neighbors on a lazy Saturday morning is nonexistent. Cautiously, I glanced across the street to see if my neighbor was up as early as I was. She wasn’t. And even though my conscience kept its silence and its distance, I knew the agreement we had was still on the table.

Minutes passed and there was just a single uncut patch of grass to mow between the sidewalk and the street. I pulled my mower over, pleased to have almost completed the first day’s task so quickly.

And then I heard it. You know…the sound of a patio door slowly creaking open and then quickly slamming shut. I didn’t even have to look up to know whose house it came from- my conscience was sitting there smirking at me with a single raised eyebrow.

With nowhere to put my lawnmower, I set it down beside the street. I hadn’t touched the final strip of grass yet but knew the greater task must first take precedence. And so I stood on the curb, making sure to look both ways first. Stepping into the street, I slowly made my way across the chasm I had selfishly placed between myself and the very first neighbor who greeted me to the neighborhood. Thankfully, I had nailed the scenario in my head the day before and was prepared for it. Sure enough, she was starring right at me, wondering where on earth I was going and why. Still, I kept on walking, feeling bolder and more excited as the seconds ticked by.

“Hi there,” I said, walking up the two short steps of her sidewalk. She stood to her feet, all smiles and welcomes. “My name is Robert. I think it’s about time we met.”

Her laughter made the awkwardness all worth it. “It sure is!”

The six-foot patch of uncut grass would have to wait another fifteen minutes. But in that moment, as two neighbors stood under the branches of a gently-swaying oak tree, I knew my conscience wouldn’t mind at all.