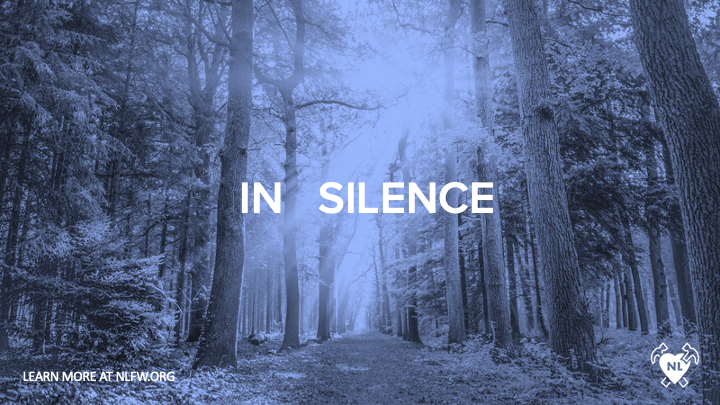 “Anxiety is the dizziness of freedom.”

I fell asleep both troubled and disturbed. This sometimes happens when opposing thoughts collide within the hours I'm awake. On one side were love and respect. On the other, concepts of right and wrong. How does one balance them all out?

Thankfully, there was quiet in the stillness. I welcomed it, for there were too many voices competing for my attention. Some were joyous. Others were angry. Many taunted, while a number seemed deaf and mute. A handful spoke in peace. What was my timbre? The day had come and gone, yet still I didn't know.

Impatiently, I threw my own voice to the stillness of the night. "What am I supposed to think, God?"

There was no response, just the inner workings of a highly-confused mind. I did not like that at all.

"I'm serious! I need to know. What am I supposed to believe? I only ask because I want to know how best to serve You. Can’t You see that I'm honestly seeking truth? So what is it?” I felt the silence shift. “What is truth?” Before that three-word question had yet been fully spoken, I felt and heard an answer:

It seemed too simple. I assumed there must be more to do and understand, so I pressed the matter further. "I'm worried, Lord. We're so divided in this nation. Everything is such a mess. Sometimes it feels like everything is falling apart."

"Do you think this is your home? Your true nationality?"

I told Him no.

"First you are Mine. You're under My banner. Today you are a pilgrim."

I began to understand but still I was troubled. "How do I choose sides and still make a difference in the lives of others, Lord?"

Did I feel laughter? Not the mocking sort, but the fatherly sound a dad would make when watching his child struggle with a newly-learned task. "I'm not a politician. Now just follow Me. Remember, where the Spirit of the Lord is, there is freedom."

In my mind, I saw a forest path. Ahead of me was Him. To the sides was everything else. The only obstacles I would ever face while following Him were the ones to left and right. Never to my front.

I rolled over, smiled, and nodded. There was freedom. Peace.

Laws have been passed, wars have been waged, empires have come and gone, and borders have shifted like sands in a barren desert. Monuments rise and fall, just as buildings decay and topple like dirt. Many of us will live to see eighty years and some will even see the dawning of a century or more. What was said yesterday will be said again tomorrow, for there is nothing new under the sun.

Do you hear it? Sometimes you must first evict the noise, replacing it with silence.