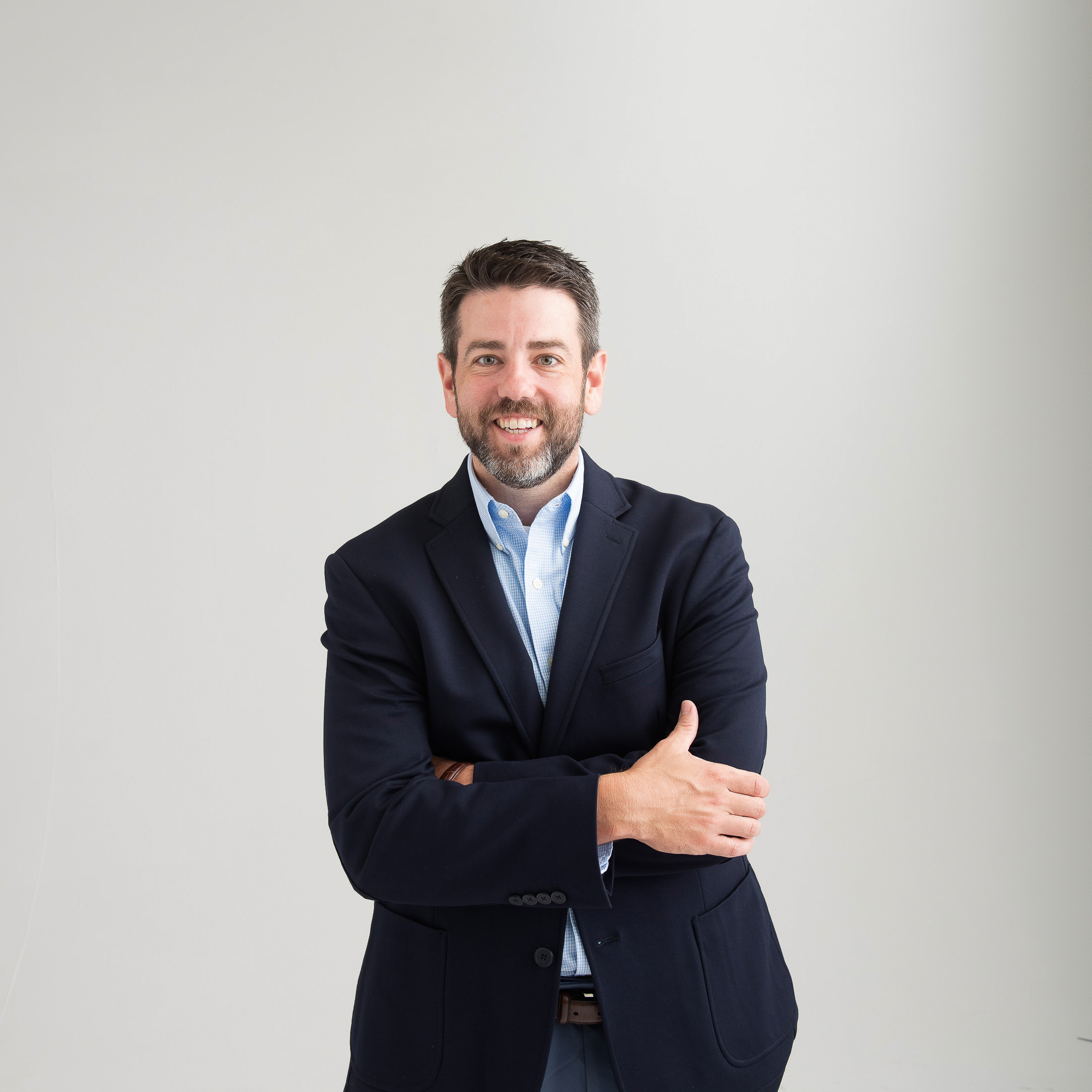 Andrew began his path with NeighborLink in 2005 as a volunteer. He became the Executive Director in 2008 and has since completed more than 7000 projects, launched Team NeighborLink, established the NeighborLink Network, and embodied the vision we live by each and every day: to display practical, neighbor-to-neighbor expressions of God’s love. A graduate of Huntington University and Taylor University’s MBA program, Andrew actively participates in multiple endurance events per year, enjoys family life in a historic South Central Fort Wayne neighborhood, and strives each day to become a better neighbor. 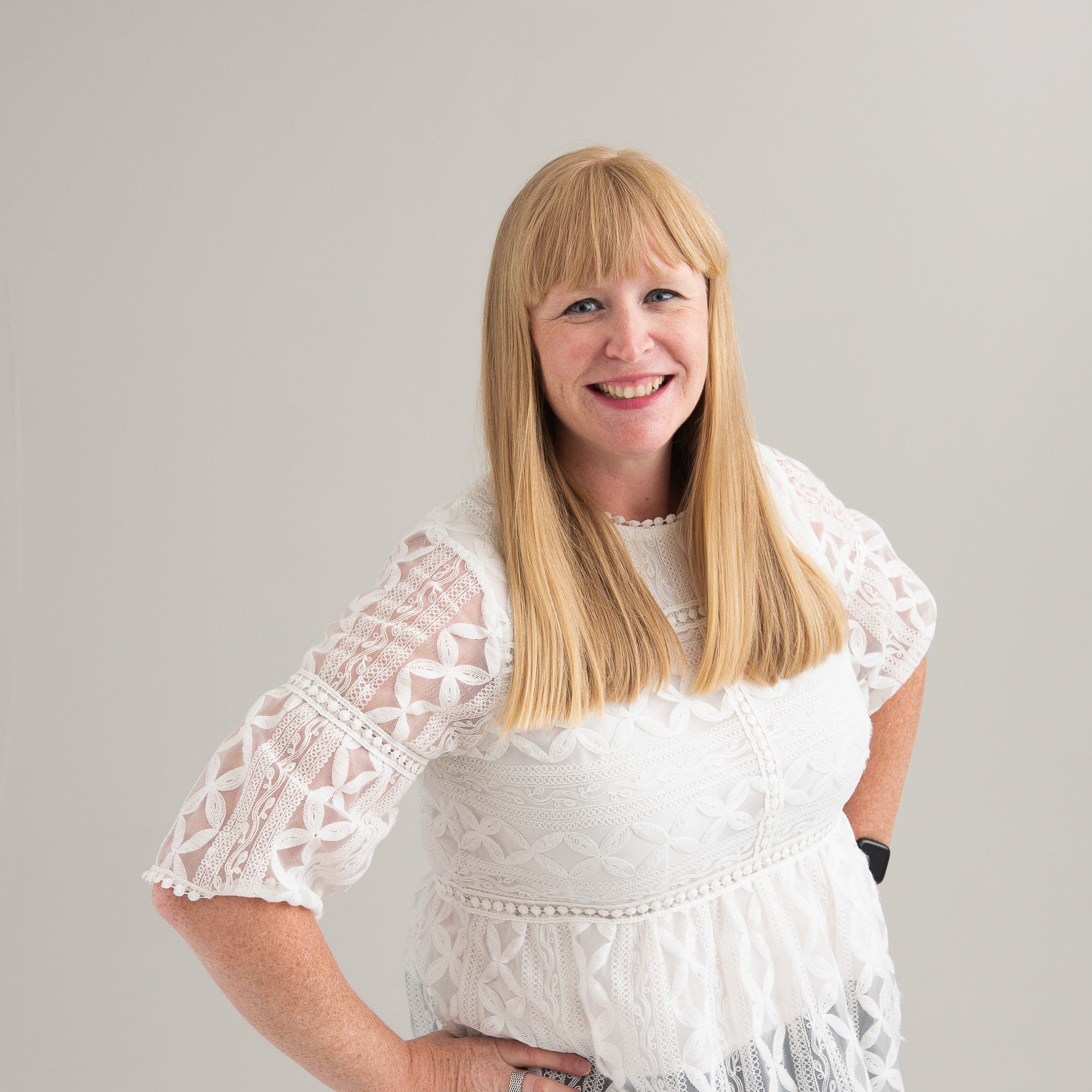 Beth joined the team in April 2019 to strengthen day-to-day operations as NeighborLink undergoes our next stage of growth. A Fort Wayne native and graduate of the Kelley School of Business at Indiana University, Beth brings years of marketing and non-profit experience to our team. She enjoys music and making Fort Wayne a better place, and is the Co-Chair of Middle Waves Music Festival. Beth loves spending time with her family and trying to keep up with her toddler son. 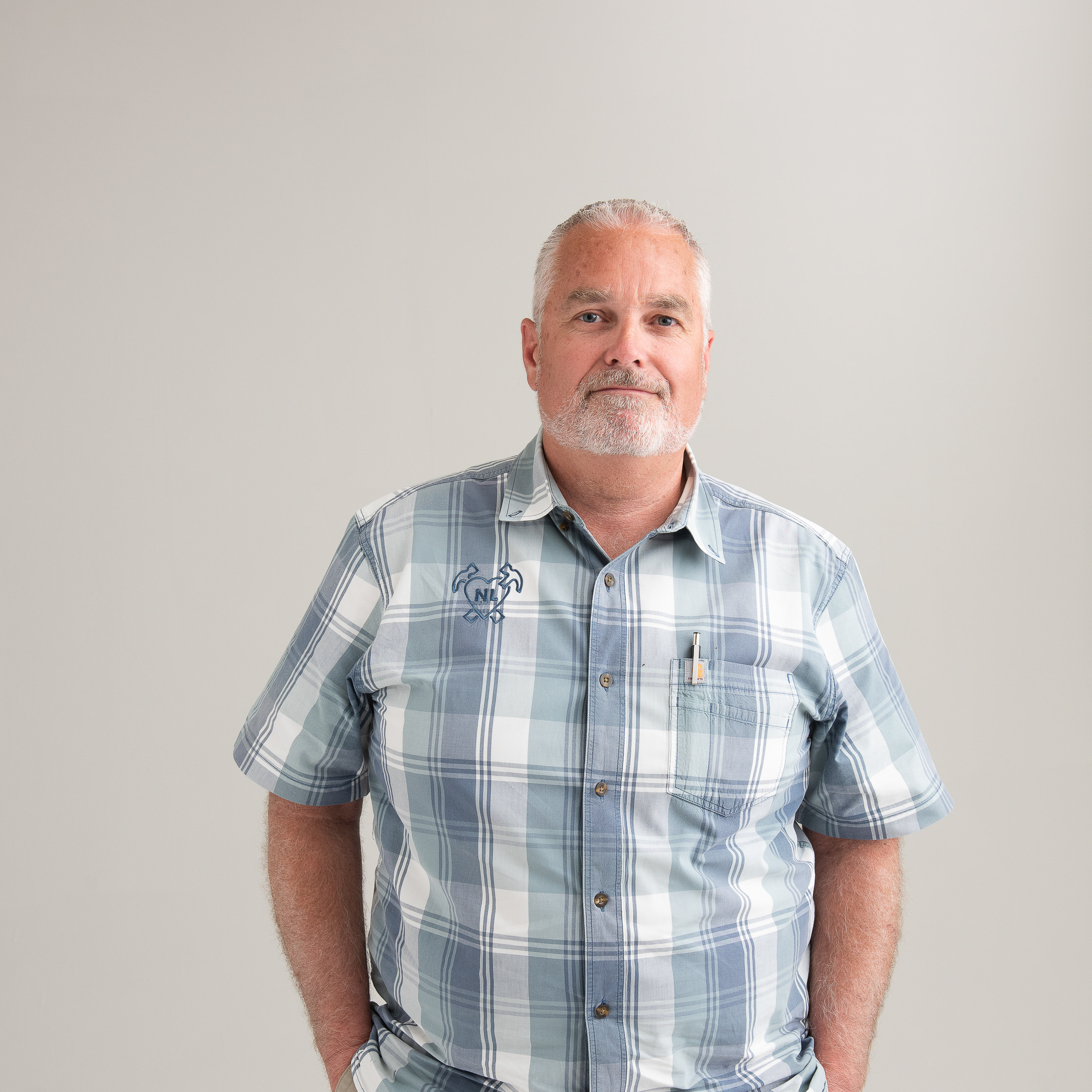 Jeff was originally drawn to NeighborLink as a volunteer in 2006 because of his love for doing yard work. We officially welcomed him to our staff in 2014 as Director of Mobilization. Jeff brings years of volunteer management and leadership experience to our team and can regularly be found out in the field serving alongside our volunteers in a wide range of neighboring projects. He’s an avid car lover, audiobook listener, and enjoys raising his dog Kora with his wife. 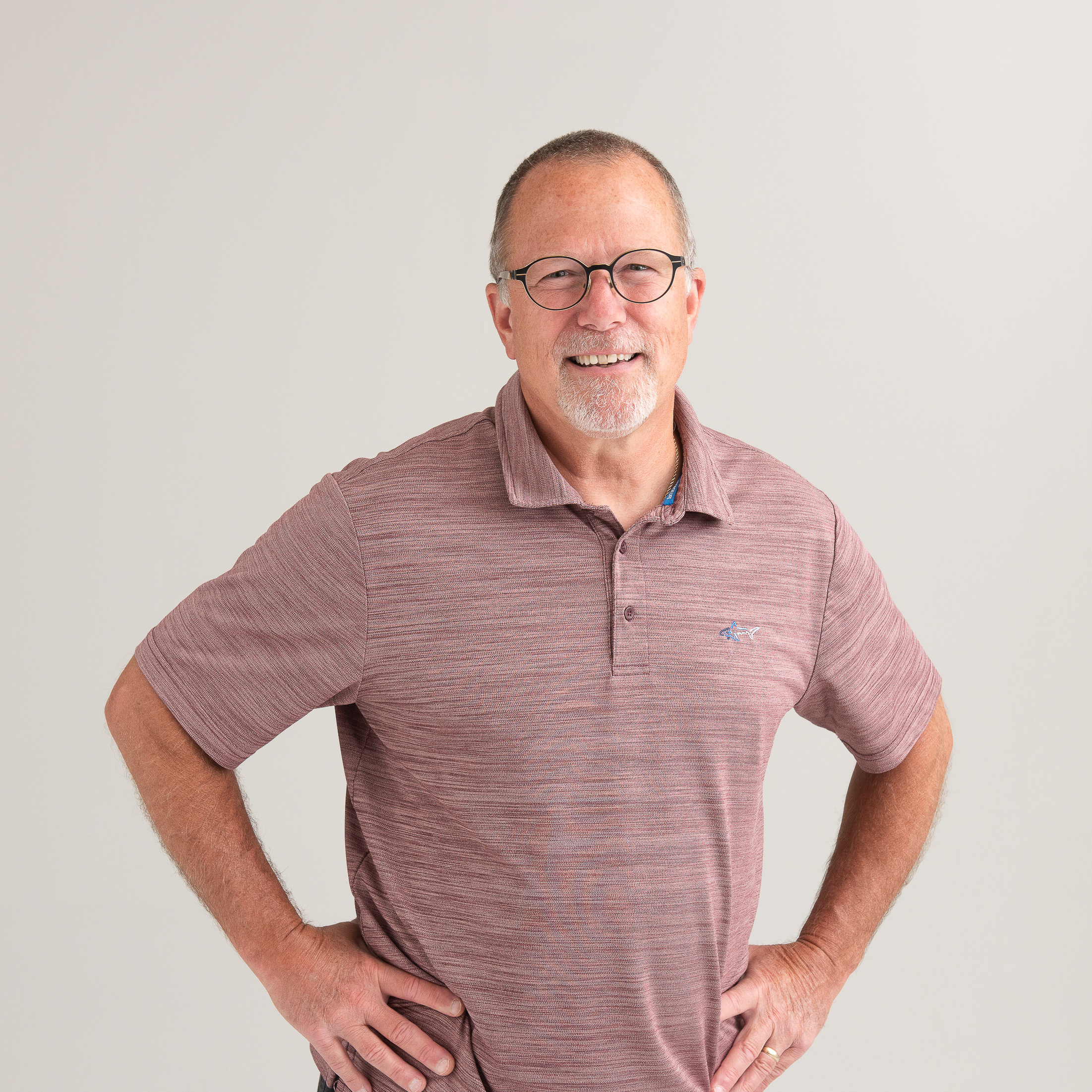 As a faithful volunteer already invested in the day-to-day culture of NeighborLink’s commitment to neighborly love, Derrick officially joined the team in the spring of 2017. He is currently in charge of Volunteer Engagement and Development. Although he retired early from his first career, he uses the skills he learned over those first twenty-five years to assist him in his role at NeighborLink. When not at work, you can find him goofing off with his grandchildren, hiking, and occasionally hoarding/repairing old washers and dryers. 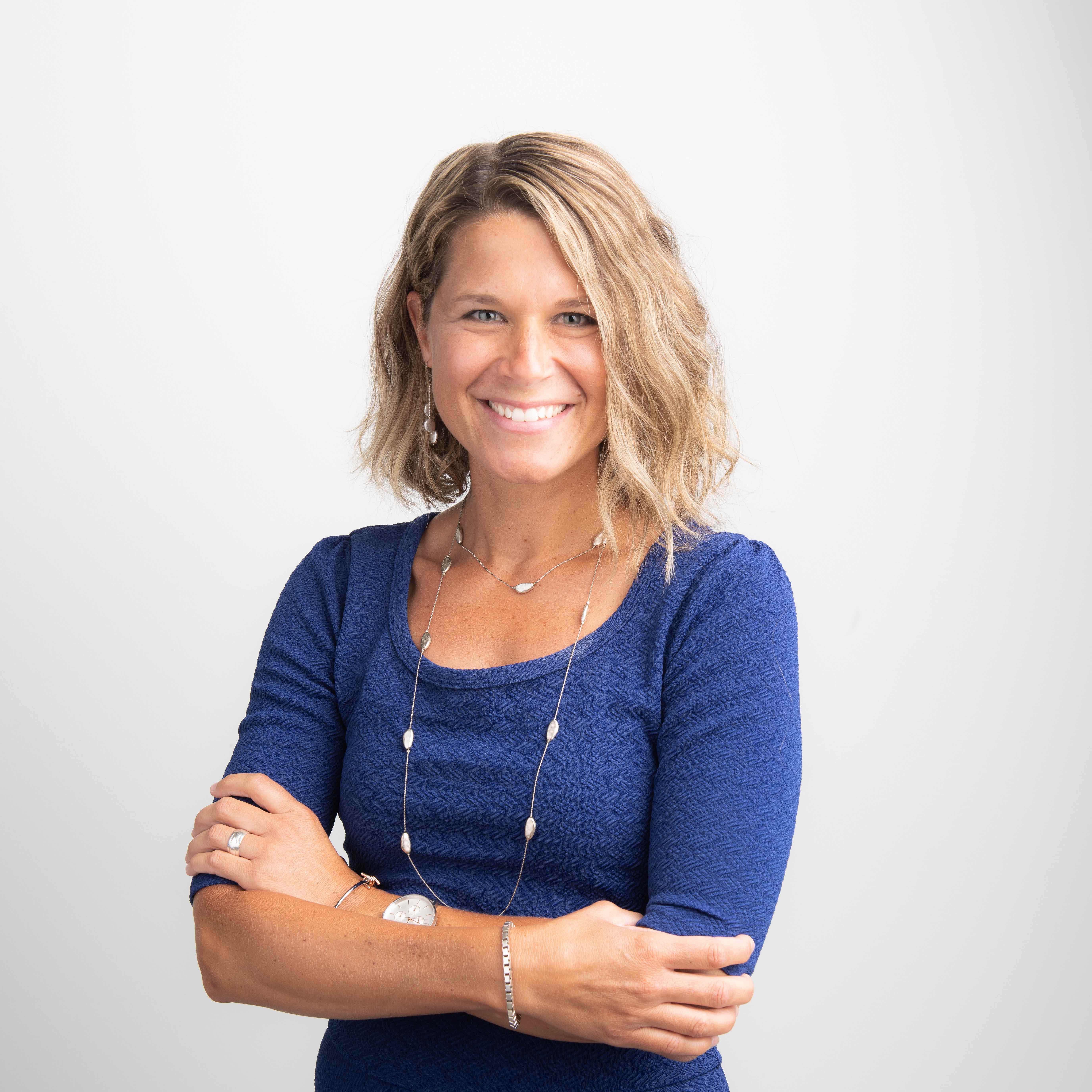 Megan joined NeighborLink in early 2018 to help manage day-to-day operations and has since become our Development Coordinator. A graduate from Indiana University’s Kelley School of Business, she worked in Chicago for ten years at a real estate investment company before moving to Fort Wayne. Megan connected with NeighborLink through a local cycling group and joined our team for the community connection and daily opportunities to love her neighbors. When not at work, Megan enjoys running, cycling, participating in triathlons, and spending time with her family and friends. 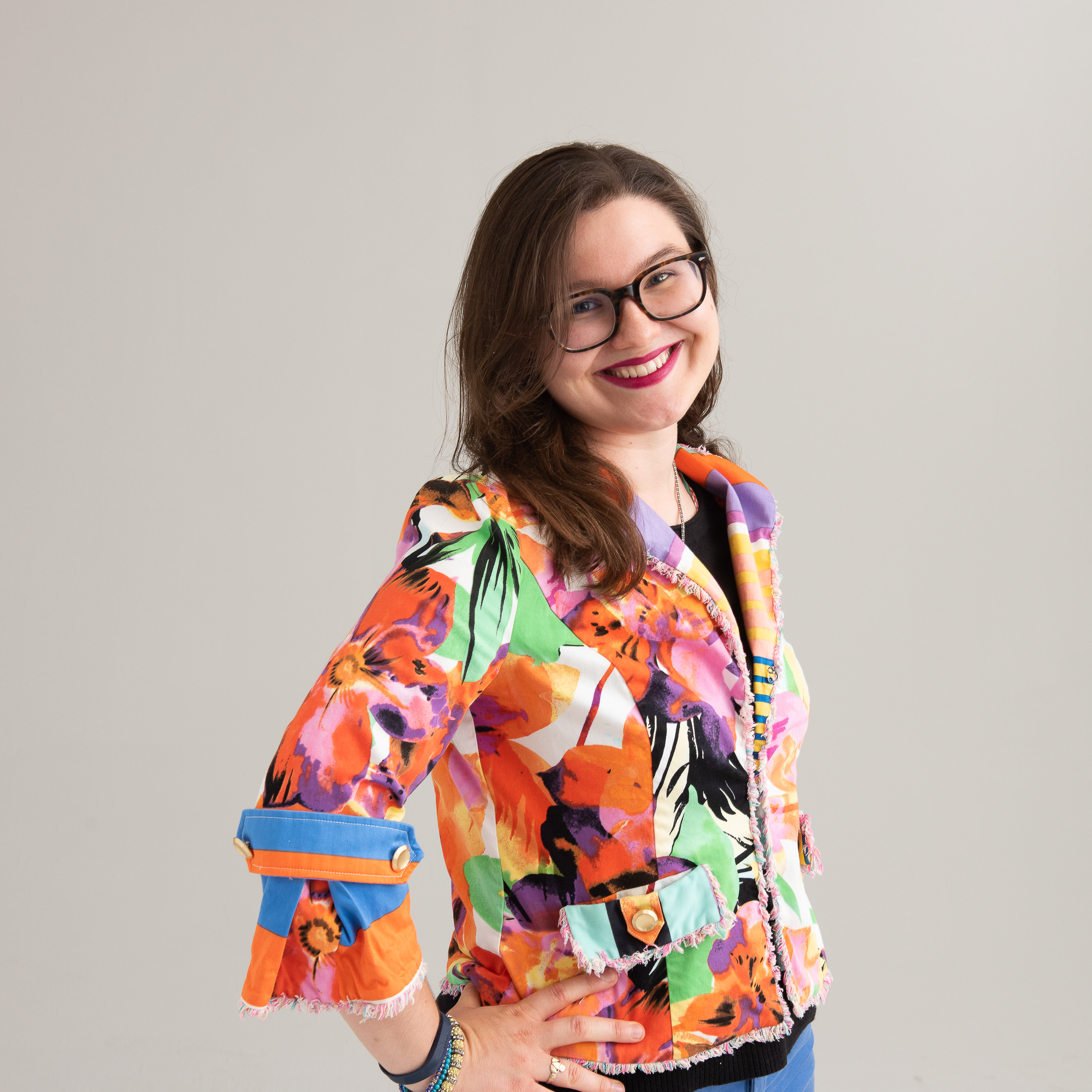 Bernadette was our first AmeriCorps VISTA and began serving NeighborLink in June 2019. In June 2020, she transitioned into the role of Operations Coordinator. With an unflinching pursuit of innovation combined with a deep passion for learning, Bernie spent her first year at NeighborLink as the Community Relations & Research Coordinator. Many of her findings have been covered in her weekly vlog, “Bernie on a Journey,” which can be found on our YouTube channel. A lover of people and babies in general, Bernie surrounds herself with the arts while spreading love, flourishing, and beauty to all who come in contact with her. 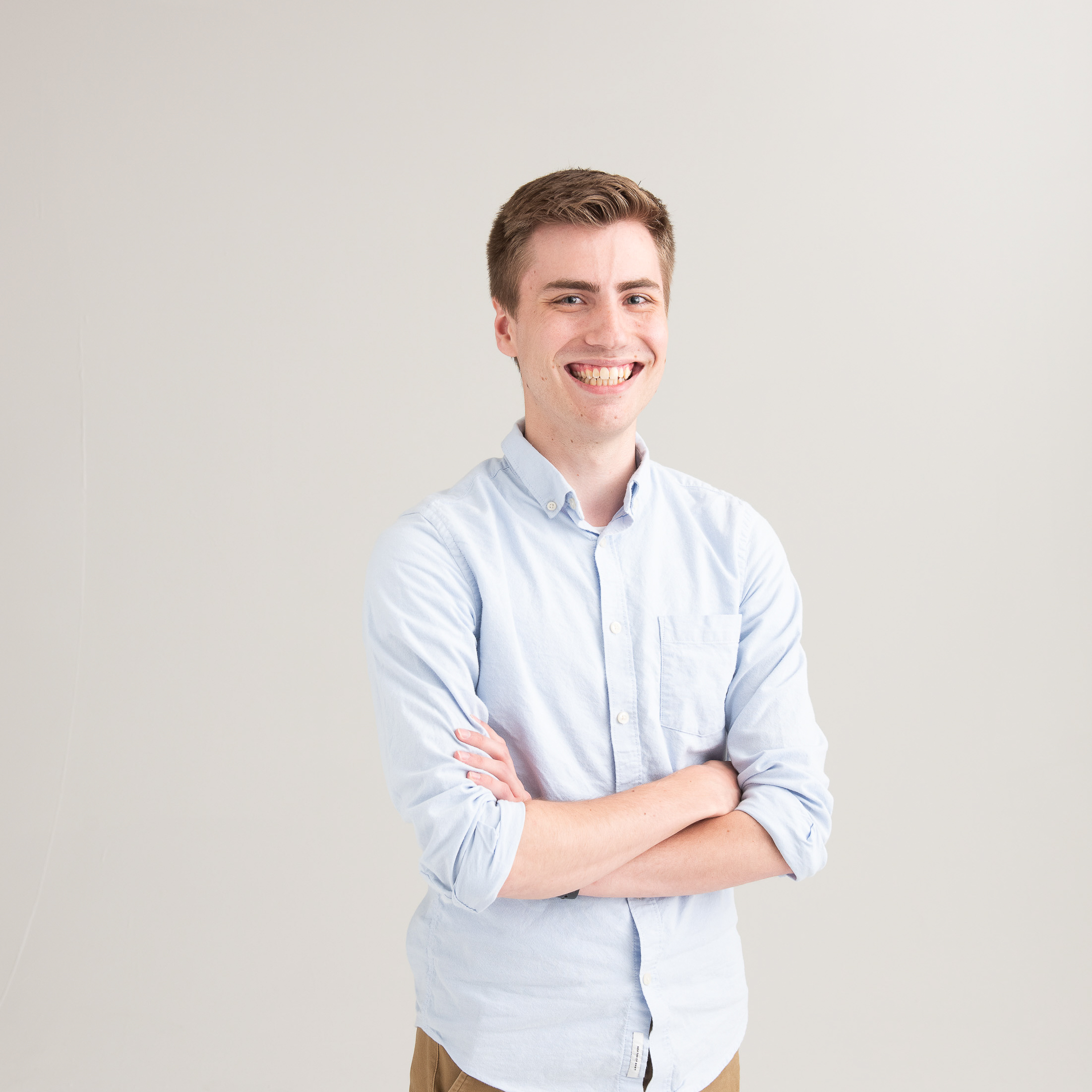 Zach came on board in May 2020 to head up our growing videography department. A native of Portage, Ohio and recent graduate from Bowling Green State University - where he majored in Media Production and minored in Film Production - Zach’s personal and educational experience makes him a perfect fit for his role at NeighborLink and Neighboring Productions. Outside of work, he’s actively involved in his church and enjoys life with his family and beloved dog Scout. 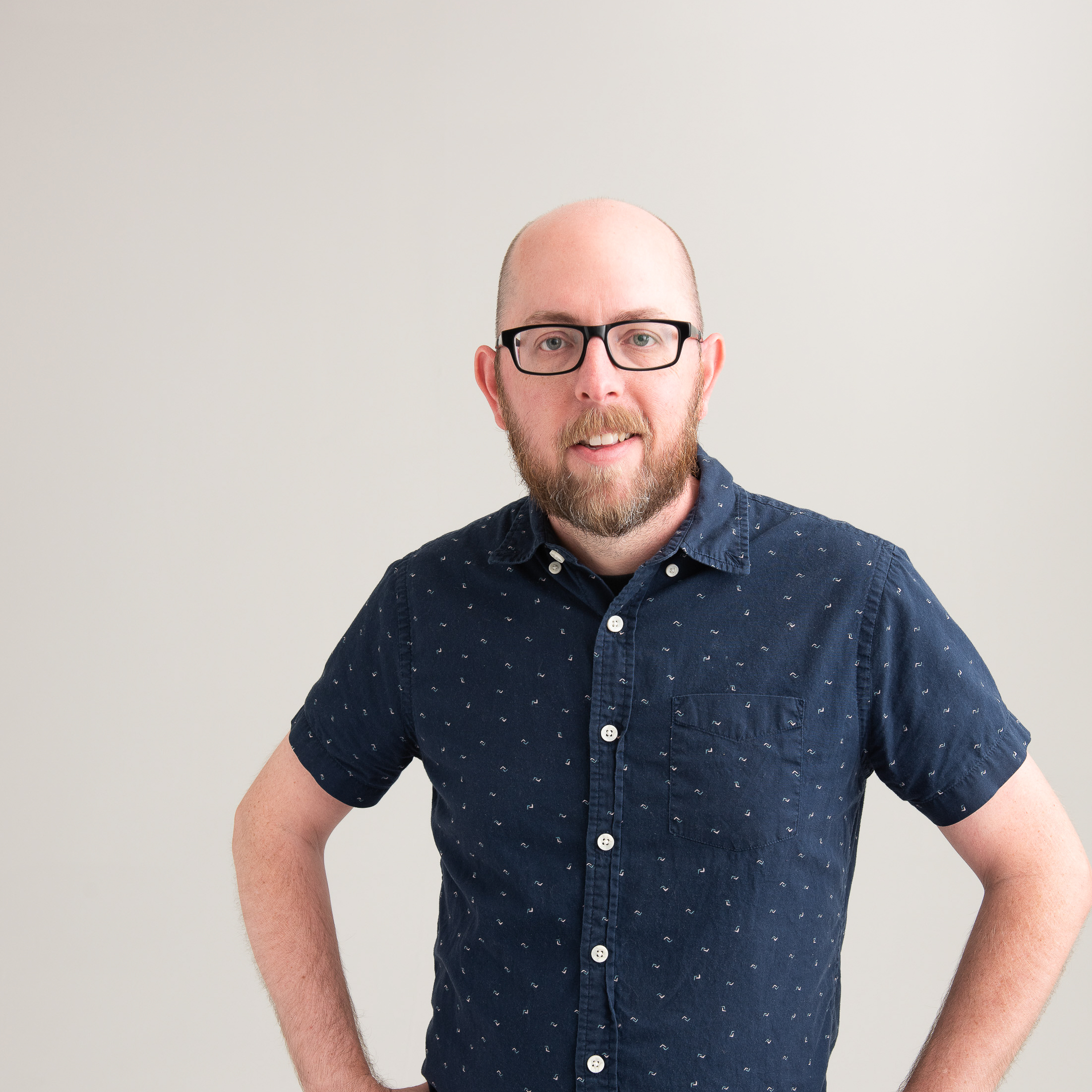 Robert joined NeighborLink in January 2020 as our second AmeriCorps VISTA on staff. His primary focus is one he’s very fond of: to tell the tales and stories of our neighbors and volunteers in unique and captivating ways. Prior to joining NeighborLink, Robert published three books, spent four years living abroad, and founded two local beverage companies. He has a passion for history, philosophy, reading, the outdoors, and spending time with his wife and two children. 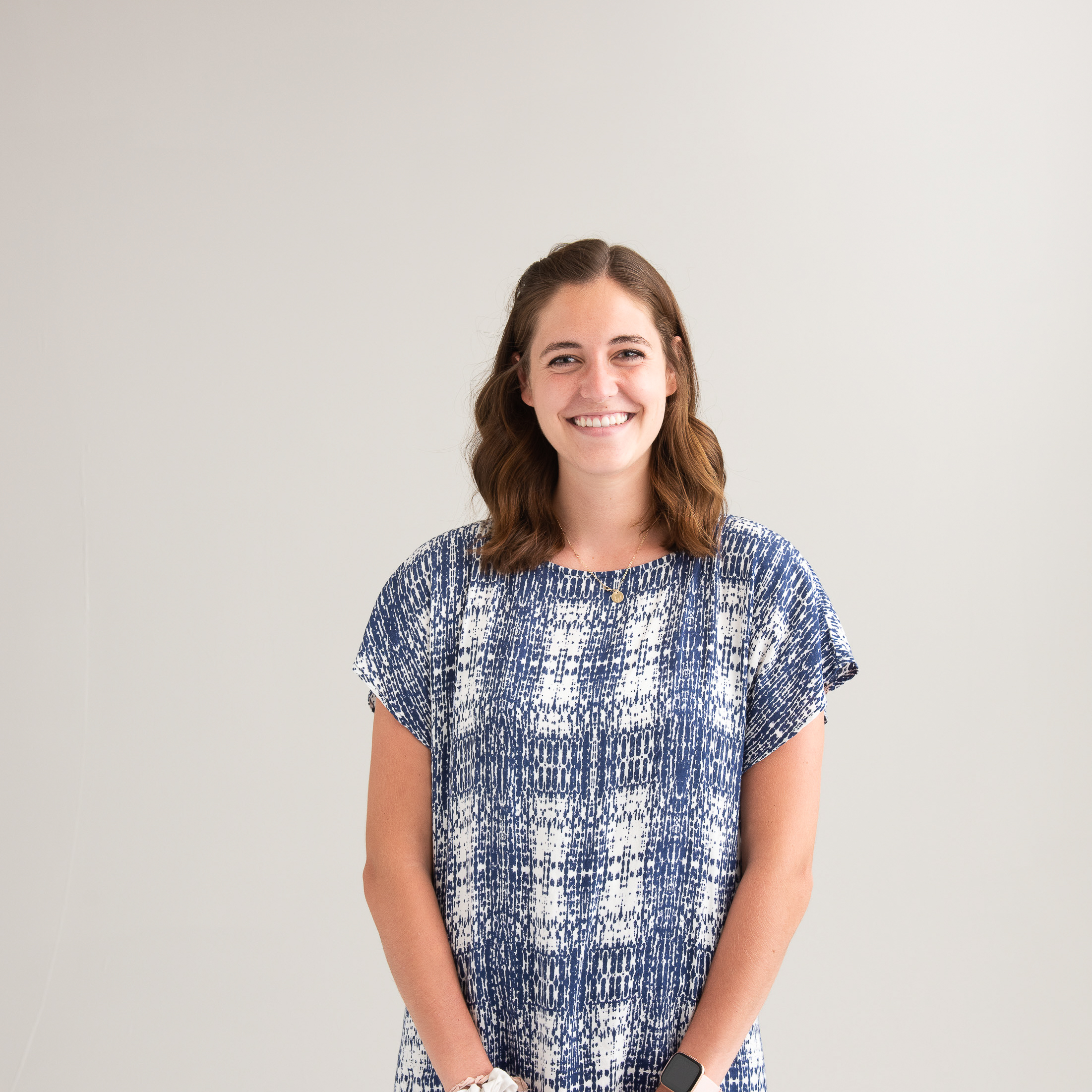 Grace German is our latest AmeriCorps VISTA who will spend her year of service focusing on Volunteer Mobilization. A native of Fort Wayne, she recently moved back after earning degrees in International Business, Management, and Economics, as well as her MBA from Northwood University in Michigan. A student athlete, she enjoys basketball and also makes time for baking, knitting, and reading. 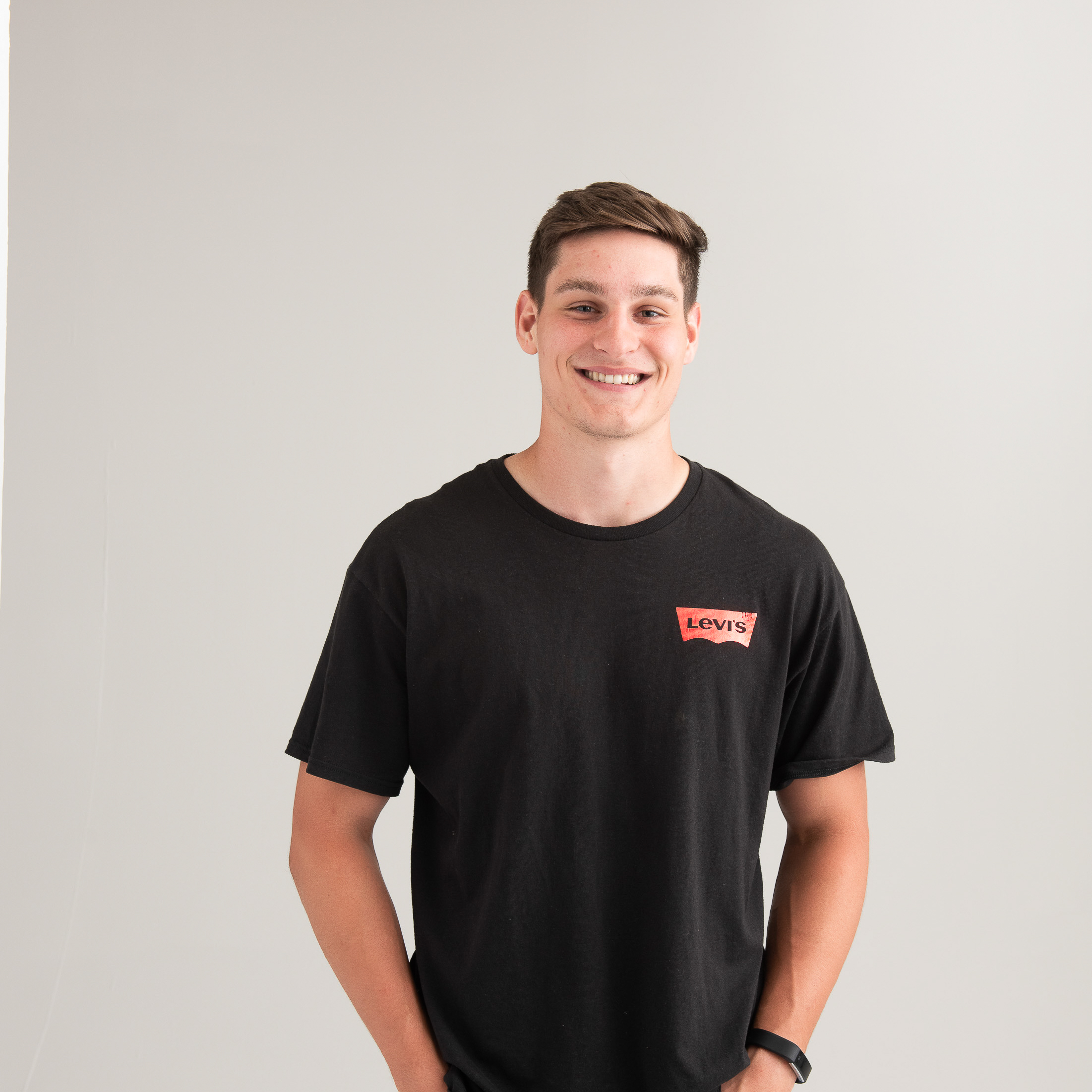 Kyle Zurbuch is one of our Brotherhood Mutual Insurance Catalyst Interns for the summer 2020 season. A Junior at Purdue University Fort Wayne, he is studying Biology with the desire to pursue a Physician’s Assistant degree after graduating. An avid basketball fan, he also enjoys spending time with friends and family outside of work and school. 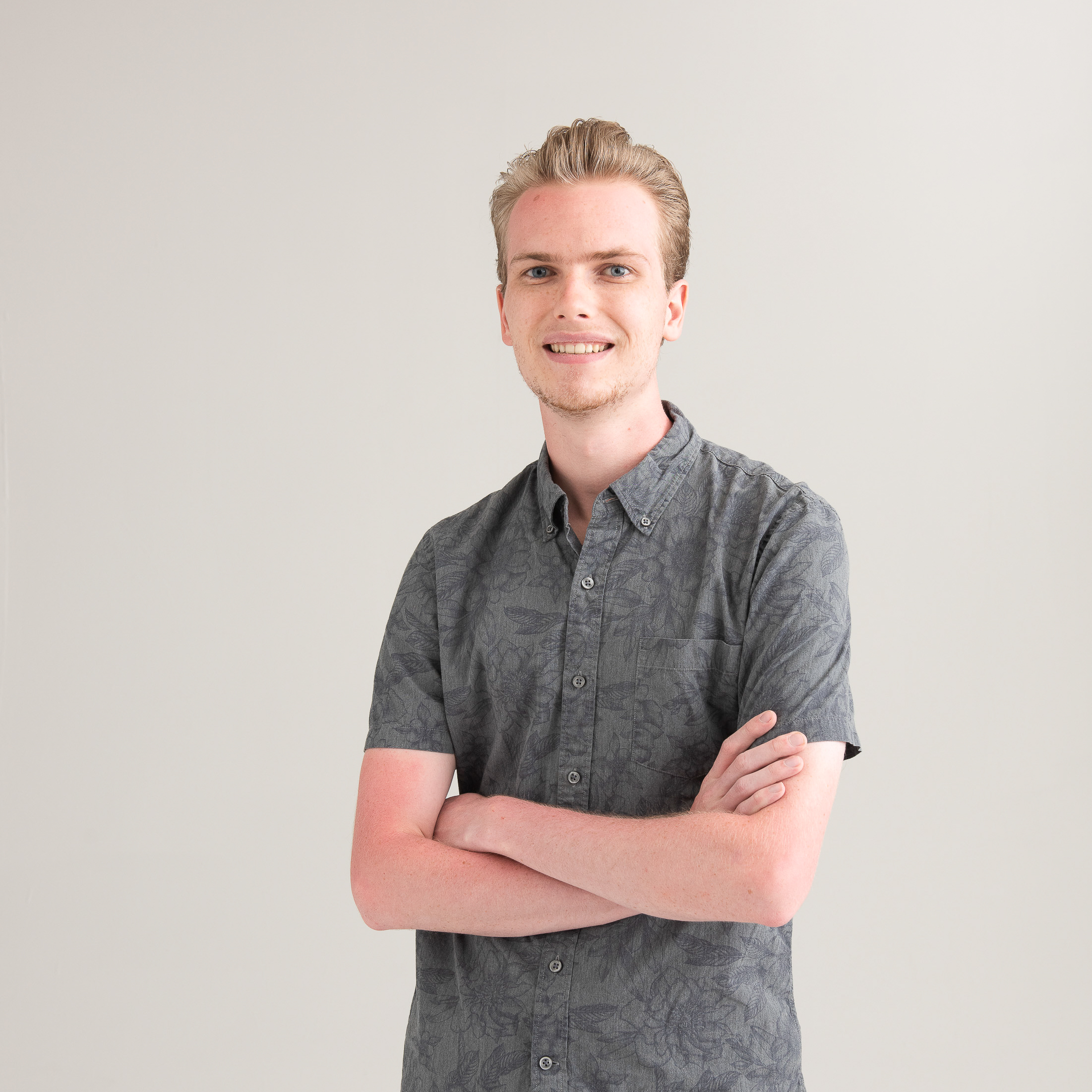 Ben Richards is one of our Brotherhood Mutual Insurance Catalyst Interns for the Summer 2020 season. He will be a sophomore at Indiana University Bloomington in the Fall, where he studies Media. A filmmaker with aspirations to someday work in Los Angeles, Ben has already released one film and is working on his second. He will work alongside Zach to tells as many NeighborLink stories as possible during his time with us.

NeighborLink is a direct result of a vision John had back in the late '90s. He dreamed of what it would be like to leverage the web to begin connecting vulnerable homeowners who were falling through the cracks with the thousands of members sitting in local Churches not knowing where to begin to love their neighbor. John and a small team of others self-funded and build the first web platform in 2002. Since then, John has been committed to the mission as our board president and one of our most active volunteers.

Gwyn volunteered for NeighborLink starting in 2010 with her husband, Brandon. In 2013 she decided to dedicate more of her time by becoming a board member. Gwyn’s experience as a CPA and currently as the Director at BKD CPAs and Advisors, aids NLFW in budget development as well as other accounting policies and procedures. Gwyn decided to join the team because, “NLFW is a unique organization that really tries to be the hands and feet of Jesus, as we are instructed to do. Faith &amp; love are action words, and NL allows us to act on our faith.”

Joe’s ongoing passion for service aids the growth of the NeighborLink community. Currently the Senior Pastor at Fellowship Missionary Church, Joe applies his skills in discipleship while teaching others how to integrate the loving ways of our savior, Jesus Christ, into their lives. He expresses his love and appreciation of NL by explaining, “Serving with NLFW is such an adventure. Every posting on the site represents a potentially transformative encounter for both neighbors—the one loving and the one being loved. Few organizations exist that empower such unique relational encounters.”

Heather has been involved with NeighborLink since 2009 from serving on committees to helping promote Team NeighborLink. Joining the board in 2014, she brings her experience in public relations and community engagement to the organization. She decided to join the team because she believes NeighborLink to be a true expression of God’s love to others. “It’s such an easy way to directly demonstrate generosity and love to others. What better way to simultaneously improve your community and be a testimony of God’s love in your own life.”

Josh began volunteering with NeighborLink in 2015 and he to saw an opportunity to invest in the community in an impactful way. After  fostering a deeper relationship with the team, he joined the board in 2018. Bringing a knowledge of the data, analytics, and numbers that make organizations thrive, he’s excited to see more growth and exposure for NeighborLink as more people, churches, and business in Fort Wayne learn about it. “I love the staff, I love the technology that they developed, the creative solution to this problem of people and churches want to be a good neighbor but they don’t always know how. NL figured it out in a way that’s working, and I want to see that be successful.”

When PJ joined forces with NeighborLink several years ago, he was a planner and project manager in community development with the City of Fort Wayne. From the beginning, he has brought a passion for housing and neighborhoods, and he has been invested in the success and mission of NeighborLink. He has been part of the behind-the-scenes conversations about neighborhood planning, housing, people, NeighborLink and how it all intertwines to help make the city better. “I’m excited to understand and be a part of the organization. I am excited about Andrew's visions for the organization and the future.”